Its currently got a rough idle and so I am going to replace the spark plugs to see if it sorts the issue. It has 166000 miles.

I have got all the necessary parts on order to complete the change but am struggling with the boot puller.

This is the part I require -

I know which part I need but cannot find a UK supplier. Just wondering if anyone knows where to buy the part or if you successfully used something else to pull the boot off the spark plug.

Thanks in advance for any help.
A

I did what has been recommended here before - bough a cheap set of cranked ring spanners and ground the end off the correct sized one (17mm?) - like these https://www.screwfix.com/p/magnusson-double-ring-spanner-set-4pcs/2171v
E

I did mine with a decent pair of water pump pliers.
S

I bought a relatively inexpensive set of box wrenches and cut the 17mm to mimic the real tool. Works great.

skippyjasper said:
I bought a relatively inexpensive set of box wrenches and cut the 17mm to mimic the real tool. Works great.


Sent from my iPad using Tapatalk
Click to expand...

I realized my description wasn’t clear. Here’s the set and modified 17mm. 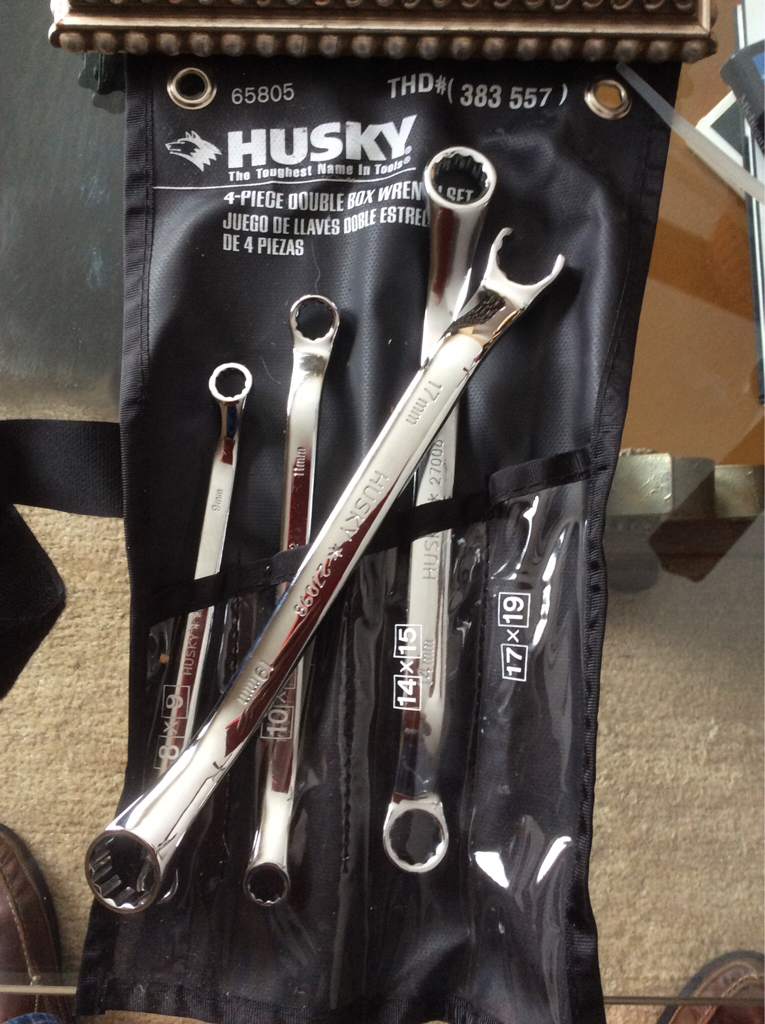 Sent from my iPad using Tapatalk

Thanks for all your suggestions, I didn't realise that tool existed - I am going to get a set ordered right now!

I ordered the part suggested and modified it as described. Changed all 16 plugs which took about 2 hours for drivers side and 1.5 hours on passenger. My boots were well stuck to the spark plugs and 2 of them left the end of the rubber boot stuck to the spark plug. I put this bit of rubber back in the boot and refixed it to the new plug. It clicked back on ok so hopefully this shouldn't cause an issue.

Only problem is, is it hasnt made any difference whatsoever so now I'm stuck.

I unplugged the maf and it stalled so guess that's working ok.

The air filter is dirty and I have a new one coming tomorrow.

Not sure where to go from here really. The guy I bought the car off had purchased it from Ebay as a spare or repairs project. Basically the fuel hose had split at the back dumping all the fuel and he had to get it towed. The owner had owned it for 3 years and wanted to get rid because of this fault.

The trader put a new fuel pipe on and and stuck it through an mot which passed.

I bought the car with lumpy idle as he said it probably needs new spark plugs. I thought I'd take a risk as I knew I could change these fairly cheaply. I knocked £300 of the price to cater for this cost.

I want to keep this car until it dies as it is only used to cart the dogs round and does that job perfectly. It has nice options like orthopedic seats, climate, sat nav, sunroof etc. Just want it running right. It drives fine but as soon as you stop or move slowly in D or R it judders.

So annoying, I had hoped the spark plugs would cure the issue.

Maybe I will look at hoses and worst case scenario take it to a local garage.

I have been looking for a code reader but read different info on it which didn't help me in my choice.

I've also read about possible clogged cats. There seems to be so many things it could be.
Last edited: Mar 19, 2019
OP
OP

Check for timing chain stretch, when this has stretched it can put the timing ever so slightly out. I have come across this issue on a few high mileage M112/M113's. If the car pulls strong but just a slightly erratic idle check that out may be your issue.
OP
OP

Thanks I've been reading about that, it can be an issue but apparently it's quite rare. Do you know the easiest way to check this?

mattyv33 said:
Thanks I've been reading about that, it can be an issue but apparently it's quite rare. Do you know the easiest way to check this?
Click to expand...

Pull of both valve covers and check the timming marks on the camshaft sprockets they should both be inline with the edge of the cylinder heads when the crankshaft is at 40degrees TDC. Also try and lift the chain it should be tight and not loose.
OP
OP

Thanks for the info, I'll check this when I have time.
S

What was the condition of the old plugs?
Any show signs of incorrect burning?

Properly connected wires A & B to each plug?

Might be worth measuring the resistance of each spark plug wire as they do fail over time.

Can you identify which piston is causing the lumpy idle?

The judders at low speed may be worn motor mounts.

Hi there, thanks for your reply.

I have taken a couple of pictures : 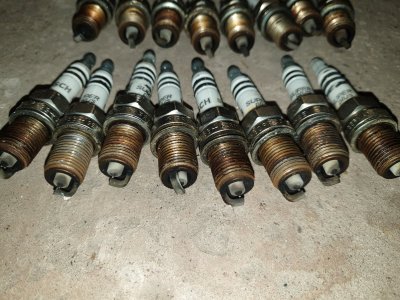 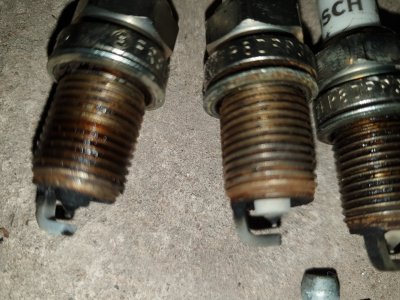 I didn't disconnect the plugs from the boots when I changed the plugs so I would connect them incorrectly.

I guess it could be an ignition lead but which one...

I did the engine mount check and it looks like both are shot. I'm going to replace these as it doesnt look too difficult a job.

Hi,
Something I experienced with my C43 also a M113 V8 was the O rings and seals on and around the throttle body and cleaning of the throttle body and the rubber pipe on the back of the rocker cover I replaced all these quite cheap £20-30 for genuine parts (the seals had gone rock hard) and it cured my rough idle though I will say mine wasn't as bad as yours from you're description.
S

The top left and top right plugs look suspect to me. All the rest appear normal.

Thanks for the comments, I'm going to replace the engine mounts then look at the throttle body as you suggest.

Go for genuine MB or quality aftermarket engine mountings such as Lemforder/Boge or Corteco. Don't be tempted by the cheaper quality ones as they wont last at all.

I know the thread is quite old but did you manage to get this sorted in the end? May help others...
You must log in or register to reply here.