As part of the audio system upgrade, Comand UK fitted Dynamat sheets to the inside of the doors. 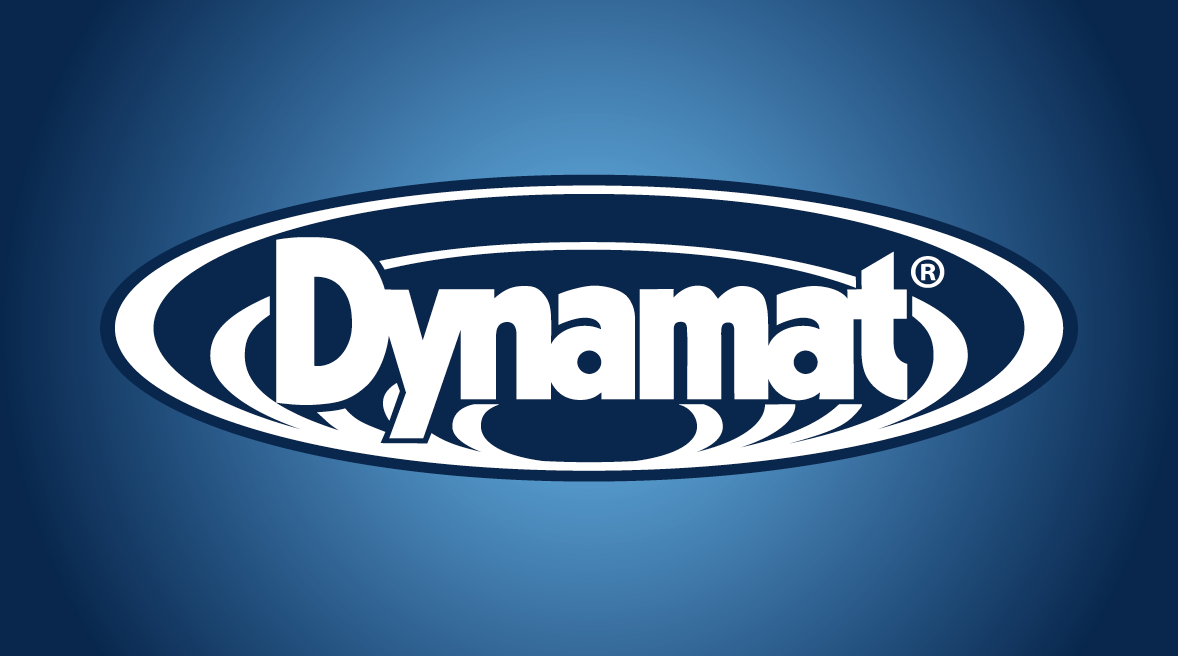 For over 30 years, Dynamat has led the noise and vibration control industry with our innovative products for automotive and home.

It could be fitted in other areas as well, e.g. under the bonnet (ensure correct material - heat-resistant etc).

I had a go at applying some sound deadening as one of my lockdown projects. I used Silent Mat which is the bituminous type of mat. I applied it in the spare wheel well, under the rear seats and the rear quarter panels. There was already some factory deadening at various points including the rear wheel arches. It certainly seems to have quietened things from the back. Reading up about it you’re really supposed to apply deadening to stop panel vibration and then sound proof foam over the top for best results. There also seems to be quite a difference between materials used for reducing sound entering the cabin, and then materials used for enhancing clarity of audio by eliminating unwanted reflection etc. To be honest I got a bit bored at that point! 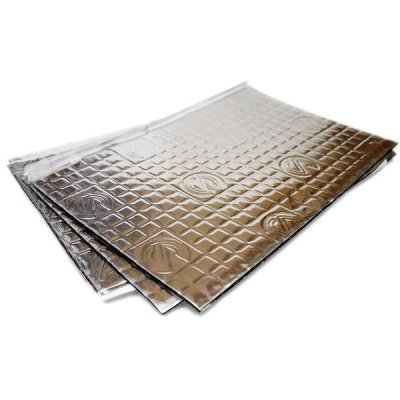 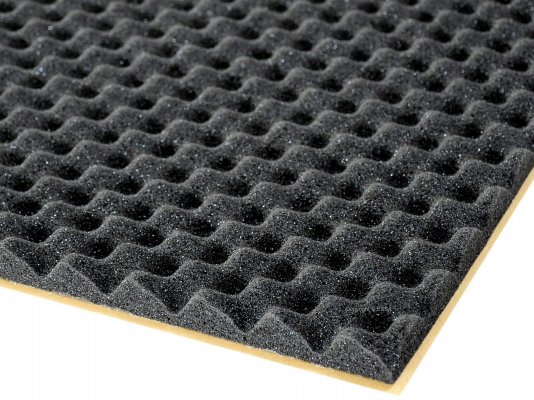 Where did you place it, and did it make a big difference?
E

Probably not quite you expect as a reply, but after shifting some delicate items in my S212 a few weeks back I left a large duvet and a few cushions in the back without realizing. Recently thought that the car sounded generally much quieter whilst driving around. Last week went to make sure that there was nothing left in car before MOT, and sure enough I had not taken the old cushions/duvet out, doh.

TeddyRuxpin said:
Where did you place it, and did it make a big difference?
Click to expand...

There is an excellent thread here :

Where would you put additional sound deadening material and what would you use? - MBWorld.org Forums

C-Class (W204) - Where would you put additional sound deadening material and what would you use? - I know part of my noise issue has to do with what kind of driving surface I'm on. When its slick asphalt, car is pretty quiet. An exposed aggregate road, it gets pretty noisy. Granted this is due...
mbworld.org
L

Yes used lots of Silentmat in the doors, also took the wheel arches out and did behind. The biggest impact was putting some sound insulation sheet over an around the plastic spare wheel tray.

I completely stripped out the interior of my sons A class and used Dynamat on every surface I could get to. Entire floorpan, side panels, doors skins, wheel arches, boot area. Its as quiet as an S class now. If I could have got the roof lining out without destroying it Id have done the roof also.

You don't need to blanket cover , just tap out with a knuckle !

It adds so much weight . 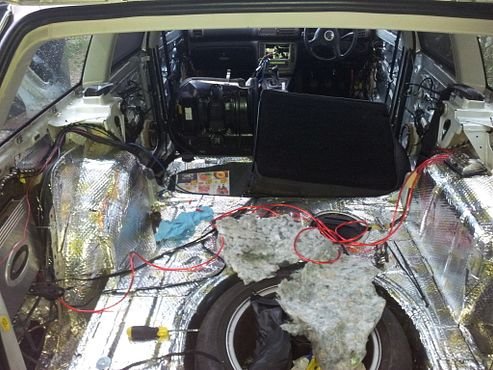 Tap out the most resonating parts and apply. 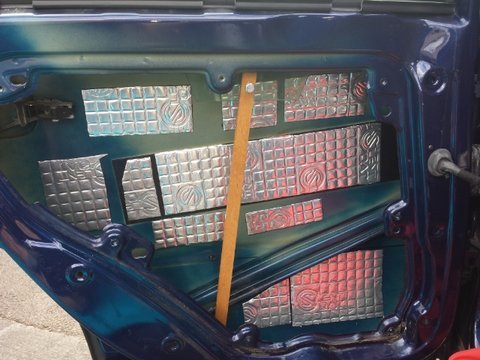 I have recently changed from a 2014 B Class to a 2017 facelift model. There was a significant increase in ambient noise in the cabin. I thought hat I would try to locate the source and after lots of driving up and down the road with a sound meter I decided I had to do something about the wheel well area.

Being a skinflint, (my wife's description), I bought some aluminium coated 7mm high density foam from China.

When it arrived I got out the heat gun to make sure it was OK with heat. It passed my idea of acceptability, reduced to a solid film rather than catching alight.

It took a while to fit and involved lots of pressing down with a wooden wallpaper seam roller, but I got there. The first thing I noticed was the difference simply drumming my fingertips on the bottom and sides of the well made. It was immense.

Reassembled the OEM flooring and tried a quick run up and down the road. The effect was astounding. I repeated the runs I made to find out the source of the noise and had a maximum of 7dB attenuation after fitting the sheet.
The subjective difference was shocking. So much quieter at speeds over 100 kph, it made me question why MB hadn't done this first.

I'm now looking for other areas to try. Any ideas?

Fyi, I borrowed the sound meter and know absolutely bugger all about the technical specs of it, I relied on someone that "knows stuff" for that.
OP
OP

Sounds great. Where did you place it, under the carpet in the cabin? Did you remove all the seats etc?

Edit: sorry, seems like you placed it in the wheel well. How did you do that - from the boot? Or on the back of the plastic liner? Let us know!
O

It's a B Class so there is a hatch to work through.

I emptied the wheel well completely and coated every available surface before reinstating the original MB bits.

It's a B Class so there is a hatch to work through.

I emptied the wheel well completely and coated every available surface before reinstating the original MB bits.

One thing I forgot to add, the cost. It came to £8 and took a month to arrive. Less than £5 in Aluminium tape to seal all the joints, just to finish it off.

Hi Teddy, I have a 17 plate c200 and I’ve put sound deadening matting inside the boot space.
There is very little factory insulation in this area and it’s made a significant difference.
I stripped everything out of the boot to gain access.
Cant remember product name but got it off a company on EBay, It came in 1.5 metre roll, I found one roll wasn’t quite enough.
Hope this helps.
You must log in or register to reply here.

Has anyone got any home air source heat pump experience?