I have had a flat battery on a couple of occasions recently ( self inflicted working on the car wit the doors open etc ) but so many times recently I fear I've knackered my battery irrevocably , and as I use my van for Hillwalking in some remote parts of wales and the peak district I thought it would be a good idea to have one of these portable battery packs that can start your car in an emergency (they also have USB ports for charging phones etc ) I'm not on about the big Jump starting packs that are on wheels with a trolley type handle The ones i remember seeing at the classic car show were pretty compact - therefore easily portable and stowable on board
It will obviously be a portable backup / spare as I am replacing the existing battery anyway
anyone recommend one? it needs to be able to start a V6 diesel as distinct from a 4 pot petrol
its somewhat annoying as my vehicle has a leisure battery but I cant get at it to start the car without removing the drivers seat as it sits under there , and no it wont come out sideways either!
D

I’ve got a Snap On one that cost me about £180 from memory - it’s jump started everything from a 3pot to a V8, diesel and petrol.

If you are replacing the main battery anyway the W639 had the option of a larger (100 Ah) one ... might be worth looking at whether you can do that.
OP
OP
T

THe GSF one I have reserved is a 100Ah also looking at one of these
https://www.amazon.co.uk/dp/B015TKUPIC/?tag=amazon0e9db-21
seems adequate enough ?

I'm assuming the leisure battery has a charge input from the van. Can the +ve of this be accessed? Is it heavy duty?
I wonder if there is possibility to connect the +ve jump lead to the start battery?

An alternative to that could be to run from both +ve's to the front below the seats, for sure the start battery +ve is close to that, and I'm sure they wouldn't obstruct legs.
2 of these and some reasonably heavy duty cable would do it.
12V 24V Car Boat Golf Heavy Duty Battery Terminals Lead Quick Release Plug Clamp | eBay

You would need to leave some length of cable by the battery so it can be withdrawn when needed.

Hi M80 hmm yes not thought of it that way....... the positive of the leisure battery is outboard and is accessible ( in fact its currently stuck halfway out as i cant get it back in (looks like seat off again ..

... ) I couldnt reach the earth terminal and i was thinking "two leads mindset ) but i wouldnt have needed to use the earth jump lead ? as its common thru the structure , so in effect I could have just run the positive jump lead direct from the leisure to the positive of the main battery ??? presumably this is as safe as using the underbonnet terminal posts Am I right in my logic here ? and waht your suggesting is a facility to jump the positive from my leisure to the main ?? which seems a reasonable backup plan
Incidentally the leisure is dual purpose battery so could be used to bolster a start when required .
Its a bit of a bu**er really as I suspected the main battery as being below par but my Christmas present Arti Battery Load tester never arrived ( seller refunded today ) so despite best plans was unable to properly load test the batttery and as said although its under a year old it has been accidentally run flat on several occasions when working on the van , only myself to blame should have disabled the interior lights

Yes as you suggest was more or less what I was thinking. -ve on both batteries would be bolted to the chassis and so already common.

In truth I wouldn't worry about the start battery being run flat if is still performs. Batteries don't like being left discharged so assuming you recharged before too long it should be ok.

Batteries like a trickle load or trickle charge, and although heavy discharge isn't good for 'em they seem to do ok considering the years they can last.
The worst is for extended heavy charge / discharge, the heat created can warp the plates within and cause partial shorting.

Another consideration, and is actually a learning I gained from 1 of these 2 forums, if you ever decide to leave both batteries connected as 1, as can be useful to 'balance' them, be aware that if different capacity / manufacturere there is likely to be a difference of internal resistance of said batteries and they will set up a circular current and discharge each other. They should be identical types of battery.
This isn't a problem for the short term jump start scenario you're thinking of.
But I would suggest that if you have a flat start battery then leaving the +ve's connected for perhaps 5 minutes would transfer energy and hopefully permit a start.

Volt drop through jump leads is often an issue when attempting a start as they don't allow the energy transfer to be as instant as people hope for.
Last edited: Jan 9, 2020
OP
OP
T

The Van sat unused for almost a week and started 1st turn but today when stopped for a coffee and a cake I left the keys in which meant the ignition was energised and the ECU fan etc on and when i think about it lights on auto are therefore on................ which is probably why but 15-20mins later click......... and then the recovery man with a jump start pack

Oops.
The radio on as well perhaps? It's that that's flattened mine while I've been working on it, and more than once.
Slow learning is a speciality I can own up to.

Agree with the comment about the negative leads - you shouldn't actually connect to the battery terminal anyway as they vent some hydrogen when charging, and although the risk is pretty low it's best to avoid the spark you'd get there when hooking up the second cable. You do need pretty hefty jumper cables for the V6 CDI as there's a lot of current involved. I do keep a set in the van just in case but they've never been used!

The optional 100 Ah battery in our Vito is the original one from 2007 and still in good condition AFAIK after approx. 110k miles. We use the van for dog shows so the tailgate is often open all day and in summer both side doors too ... we don't always remember to turn off the interior lights but have never had a problem with the battery being low. Leaving the key in the ignition with auto lights will do it though!

We tow a caravan so sometimes have a spare leisure battery in the van - I've never needed it for the Vito but I did successfully jump start the VW I had previously (2.8 V6 petrol) that way.

Unless the interior lights are switched manually they will time out after 20 minutes, I often find that a nuisance when using them as worklights.
I've installed LED's into the tailgate to illuminate the rear when it's open, they're good generally for loading but a great bonus when loading mum up the ramp in her wheel chair.
The interior lamps have been replaced with LED's also. So they're individual load drops from 10 watt to less than 1 watt and still better light, if there is concern around them draining the battery that's a way to go, but I've found the HU is the one that drains mine.

I have a NOCO and it is brilliant. I went for the GB150 when on offer at around £180 (overkill I know) but the others will do the job

I have a NOCO GB40 at about £99 good value, and will start up to 6litre petrol or 3litre Diesel
M

Our Sprinters at work have an extra battery for operating the tail lift, but they are fitted with a button that can be pressed to enable starting for when the main battery goes flat.
I also had a similar setup on a football team coach that had ovens and fridges fitted that needed to be powered most of the day. That had four leisure batteries to provide 500 watts of 240v power via inverters.
A competent auto electrician should be able to fit a similar system.
OP
OP
T

The 100Ah heavy duty has gone in .... only just though talk about a tight fit had to reorientate the large positive cable and the extra bolt terminal with about 4 feeds off it so that the heavy duty cables curve would still fit might look at some LED's
M80 were the LED's just a direct bulb replacement ?

For the interior lights all are a direct swap out.
Assuming you have the over dash light fitting with additional map lights, then they are a wedge type.
I replaced the 2 main wedges for LED but chose to leave the map lights as original so the passenger distracts me less if used.

One issue with the 41mm 10watt replacement types is that the LED's can drop out (as in fail) and even start flashing after a while.
It was so long since I bought mine I can't find them on eBay, sorry.
They are polarity conscious, being a diode. If they don't work turn 'em round.

I also installed 2 orange LED's into the handle recesses, to aim rearward, as a warning to any traffic that might be approaching.

A few years back I replaced all the 12V bulbs in my caravan with LEDs, which made a big difference to the battery life. A lot of them were G4 type capsules - the interesting thing is that many mains appliances run these on 12V AC, so the circuitry in LED replacements generally handles either AC or DC and they don't mind which way they are plugged in. I think 'automotive' type bulbs normally do have a set polarity though.

BTB 500 said:
A few years back I replaced all the 12V bulbs in my caravan with LEDs, which made a big difference to the battery life. A lot of them were G4 type capsules - the interesting thing is that many mains appliances run these on 12V AC, so the circuitry in LED replacements generally handles either AC or DC and they don't mind which way they are plugged in. I think 'automotive' type bulbs normally do have a set polarity though.
Click to expand...

Likewise I've found the same on the MR16 diachroics. As the originals are AC output controllers the manufactureres are designing thre replacement LED's with bridge rectifiers so they can handle the AC.
4

Does anyone tested this? 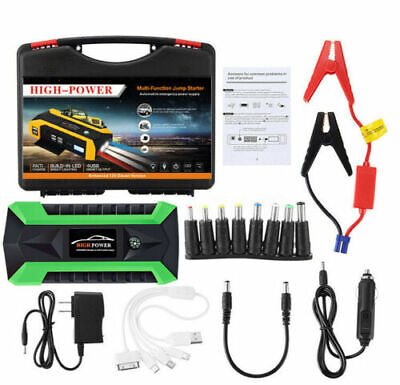 I have something similar and it works fine.

I did pay a bit more for it though.
You must log in or register to reply here.