A couple of months ago I saw Check Coolant level message in dashboard. I checked the level and it was just right (leveled on the black body of the expansion tank. The message went away after that, then it came back again after couple of weeks. I checked again and the level was fine but I added some distilled water (~100ml). After couple of weeks the message would come up after 10 min or so of normal driving with AC. The level in expansion tank did not change.

During the last couple of mornings the message 'Check Coolant Level' will stay as soon as you start the car in morning and will stay during the course of the journey.

I have checked:
- Coolant level in expansion tank - ok and top up
- Screen Washer in tank - ok and top up
- coolant level sensor (connections cleaned) in expansion tank - The message stays even if you disconnect the sensor.
- radiator fan works fine with or without AC
- Temperature guage stays at 100C (see photo which displays message and temperature values)

c:\my picturesAny ideas or suggestions are welcome.
Thanks

If the sensor is mechanic (moveable arm or similar)= Then check for a stuck sensor inside the expansion tank.

If the sensor is electrostatic (= uses water conductivity), the adding distilled water will not help since this water has a very low conductivity. Instead, tap water can be used since it has enough conductivity to make the sensor work.

DO NOT USE TAP WATER IN A COOLING SYSTEM!
Tony

DO NOT USE TAP WATER IN A COOLING SYSTEM!
Tony
Click to expand...

These are the instruction on the coolant container: 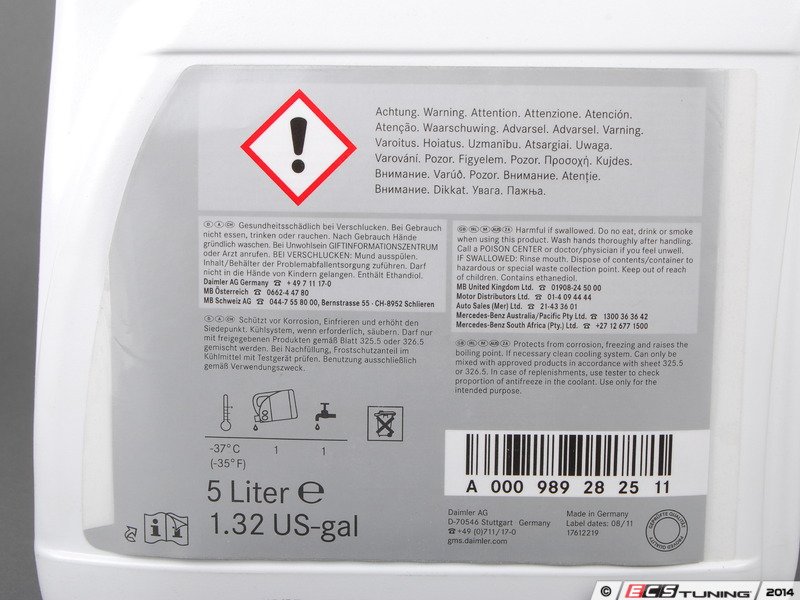 It seems to say you should add tap water?
OP
OP
A

The sensor sticks to the bottom of the expansion tank from outside and is connected electrically by a connector. Not sure if it is mechanical or electrostatic.
Last night I added some more water to fill up the tank to its neck in a hope that i may be running low on level but no luck. The message keep coming back.
OP
OP
A

On a second thought, I did change the Turbo Seal last week which is just behind the fan unit of the radiator. And it required dismantling of air duct hoses etc. Since it was a tight space as I was working on putting a new turbo seal, is it possible that I may have unplugged an electrical connection? The coolant check level message has been in display ever since. The Radiator fan works but I don't know if it is working the way it should when you switch on AC.

As stated in my original post, I had the message 'Check Coolant Level' come and go but it never stayed permanently. But after this work I now recall that the message has been in dash permanently. Any more pointers tests I coud

The tap symbol is IKEA speak for water.
Tap water can fur up the cooling system, de ionised or better still distilled water is preferred.
Tony

My understanding is that distilled water is highly corrosive and should not be used in coolant systems as it will attack the alloy.

Not sure about de-ionised water though - need to look it up...
OP
OP
A

Am I right in thinking that this issue is related to electrical faults more than mechanical? The radiator fan kicks in as soon as temperature gets to a point where it needs to cool the engine. If I turn on the AC the fan is running. We don't get to listen to the fan noise inside the cabin while driving but I have checked it and it is running the way it is suppose to run.

What other diagnostics can I run to nail this one? Could the expansion tank be faulty?
L

If yes, refill and see if the light goes out?

Yes in both cases?

- coolant level sensor (connections cleaned) in expansion tank - The message stays even if you disconnect the sensor.
Click to expand...

Sure?........If that is indeed the situation you have an electrical/ECU problem because the system is designed to warn when on low level or if the connector is disconnected (engine protection)....................... the conductivity of the coolant allows the ECU to determine that enough coolant is present on the probe to ensure no bubbles/air gets into the engine
OP
OP
A

Thanks. I will give it a try.
OP
OP
A

We changed the coolant expansion reservoir, MB Part number A2115000049 and the error disappeared.
Thanks for all your help.
You must log in or register to reply here.