bob6600 said:
This has nothing to do with who he is, the media have blown it up as they always do. He applied for a Visa and it was granted. If there was any doubt over medical exemptions then it should have been done at the Visa stage. He was allowed to fly and then gets told he has to leave. A complete balls up by their Border Force and Government. The Judge ruled that he can stay. Now they are digging around for more stories.

If he has broken rules, fine him or apply the appropriate punishment, same as they would do with anyone else.
Click to expand...

His visa application did not state the true facts (human error according to him) !
M

I find it curious that the Djokovic team clearly spent much time and effort understanding the rules for entry under non vaccinated conditions but somehow missed the bit about not lying about his prior travel arrangements for his visa.

And why is a special court being opened on a Sunday to listen to his appeal. Would that happen for you or I??

Urban myth, I’m sure, but it was said that Alexei Sayle was going through immigration.
“Do you have any convictions?”
“I didn’t know you still had to”
It was said they sent him right back.

Anyway, back on topic
When in Rome…

He's now had it cancelled by the immigration minister who 'exercised his power'. So, he cancelled it because he lost the battle but wants to win the war IMO.
I imagine all participants require some sort of test prior to each match? So, would it not be sensible to test him and move on?

bob6600 said:
He's now had it cancelled by the immigration minister who 'exercised his power'. So, he cancelled it because he lost the battle but wants to win the war IMO.
I imagine all participants require some sort of test prior to each match? So, would it not be sensible to test him and move on?
Click to expand...

This is not about establishing his infectious status. It is about how he conducted himself prior to his arrival when he supposedly tested positive and the probity of his Visa application documents
M

The federal government could have made it simple and said no jab, no entry for foreign nationals. Clearly would have to have different rules for Aussie passport holders.

Rorywquin said:
That is one of the most disingenuous comments I’ve ever read. Pulling one sentence out and quoting it completely out of context. You should join a newspaper. Or perhaps you are a little ashamed of some of the less “nice” aspects of your history........
Click to expand...

It's was absurd for you to write that "A lot of this happened during the industrial revolution which put people out of jobs and who were starving as a result and stealing to stay alive."

The industrial revolution put people into jobs, put food into people's hands, and took them out of an agricultural living which did routinely starve them because of their dependency on the seasons and crops.

Why were people deported? Because they had the tech and destination to do so.

What happened to thieves previously? They were killed by the people around them, or sentenced to death, or died while imprisoned in far more appalling conditions of poverty, squalor and violence than any 21st century mind can countenance. 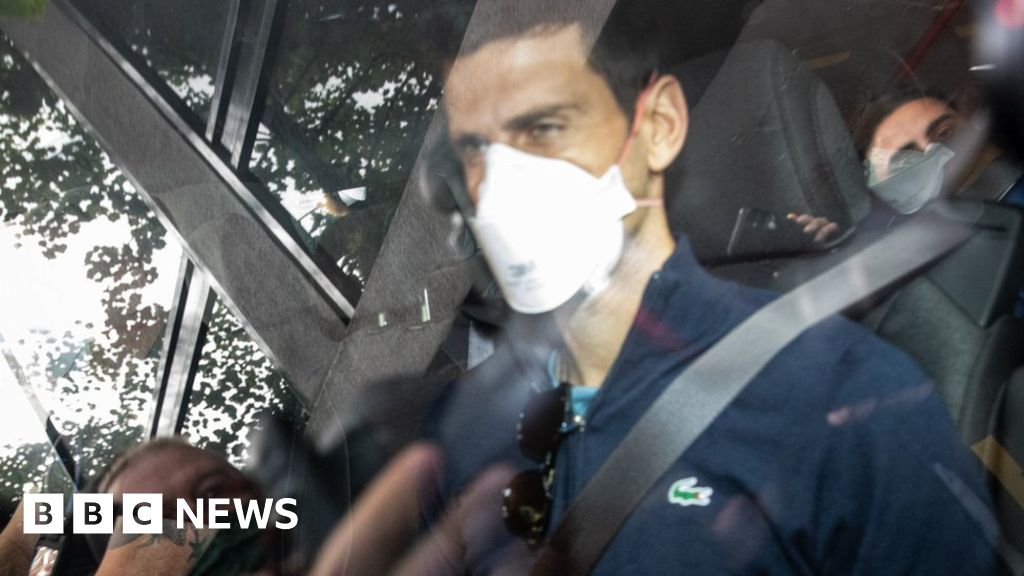 Good...Off with his head Too

Deported. Quite right too, but doubt he will face any charges when he gets back home for his rule breaking there, but he should..

Hawke used section 133C(3) of the Migration Act to cancel Djokovic’s visa for a second time. Under this ruling, the 20-time Grand Slam champion will not be able to get another visa into Australia for three years – basically ending his hopes of winning the title again.However there are exemptions to this, typically on compassionate grounds, and it’s unclear how this would be applied to a tennis player. His refusal to be vaccinated may have implications for tournaments in other countries depending on their covid outbreak prevalence at the time.​

Has anyone come out of this utter shambles well?

st13phil said:
Has anyone come out of this utter shambles well?
Click to expand...

He will be retiring soon anyway

bob6600 said:
If he has broken rules, fine him or apply the appropriate punishment, same as they would do with anyone else.
Click to expand...

He has, and they have.

So far as the three year rule applies, my personal opinion is that in view of the particular circumstances of this case, waiving it would be reasonable, and take some of the heat out of the situation to boot. Djokovic is, whatever his views on Covid vaccination, a major international sports star, and hardly likely to slip into Australia unnoticed to take part in next year's Open. Provided he meets whatever medical criteria, if any, are then in force, no purpose would be served by keeping him out.

From a reputational point of view there most probably won’t be any winners but this was never about reputation in the first place.
OP
OP

Mrs Blogs from Blogsville.
Sorry luv you will be flying out tonight.

E55BOF said:
no purpose would be served by keeping him out
Click to expand...

Unless you're a politician wishing to burnish your "hard man" image?
You must log in or register to reply here.

Ever had your own tankard at the local pub?
2