New season, new thread. I've kept this to F1 and have started a new thread for other Motorsport series HERE, should keep everyone happy


So far the provisional calendar has 23 races which starts in March and ends in November. 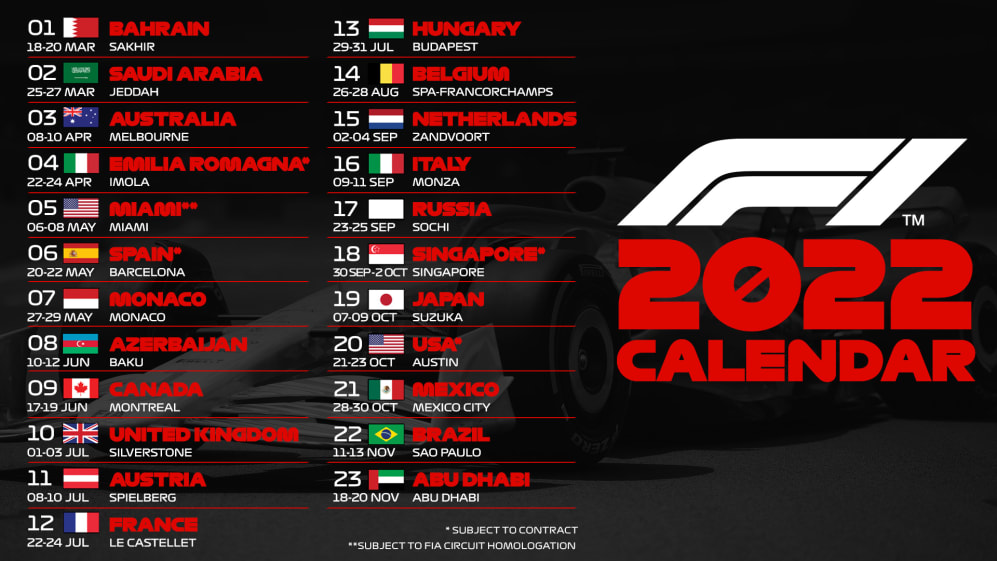 There are 6 planned sprint weekends

Here's the team and driver line up

MV should be encouraged to stay as 33 and severely discouraged from carrying No.1 on his car unless it's in the middle of a bullseye target that everyone can aim at!!
OP
OP 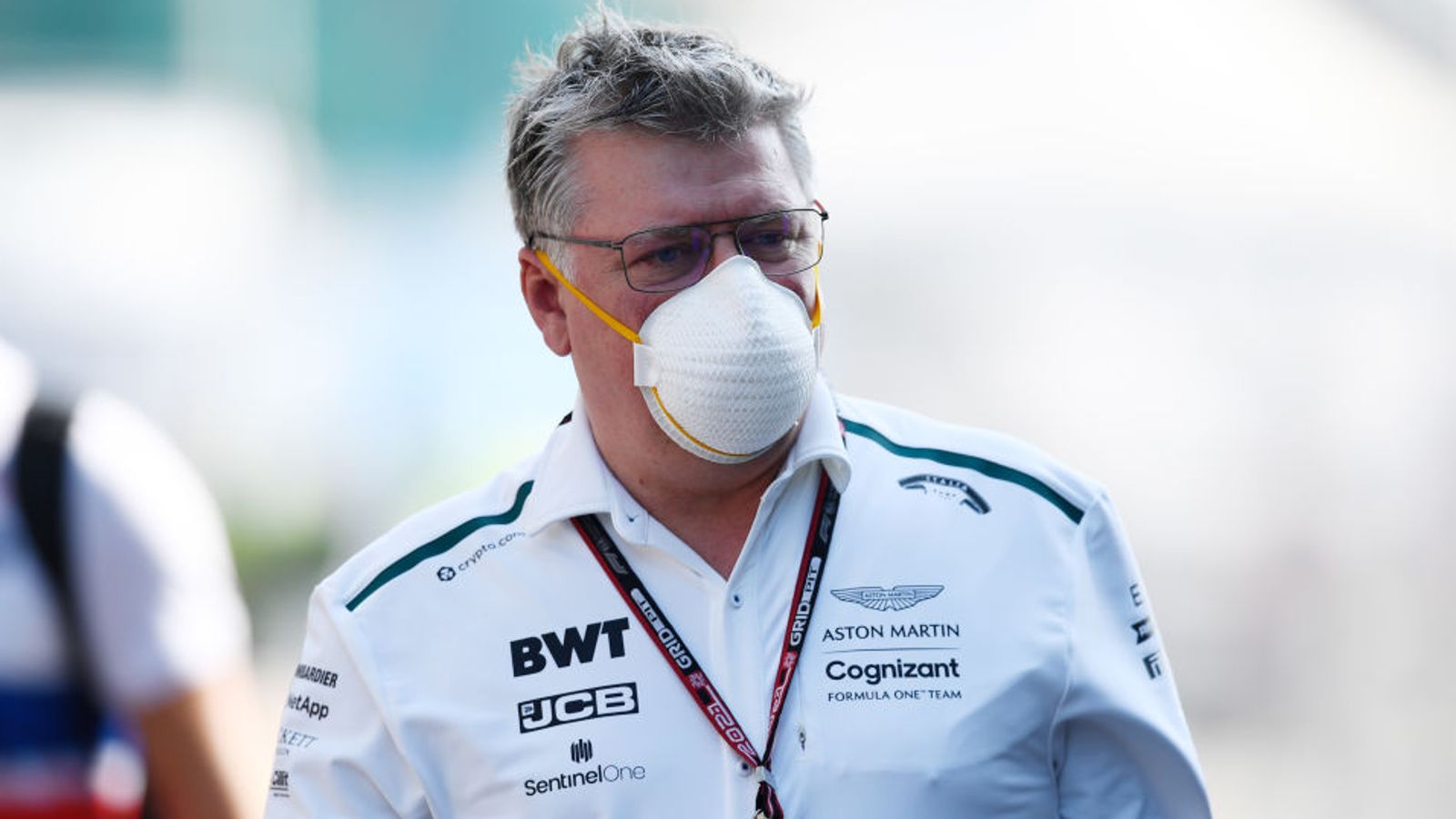 Any guesses where he's going? ^ I think he was sounded out by Renault a long time ago.
It can't be easy working for a man like Lance Stroll at Aston Martin.

I'm amazed Gunter Steiner is still in charge at Haas. Gene Hass has an awful lot of patience but has a pretty rubbish car and not particularly good drivers (the jury is out on M Schumacher for me).
How long will it be before Haas is up for sale?

......................
The inquiry - led by FIA secretary general for motorsport Peter Bayer, who was recently appointed the executive director of single-seaters - will have two key stages.

On January 19, the FIA's sporting advisory committee - essentially, the sporting directors of all the F1 teams as well as FIA representatives - will meet to discuss the use of the safety car.

In the days after that, there will be a "shared discussion with all F1 drivers".

An FIA statement added: "The outcome of the detailed analysis will be presented to the F1 Commission in February, and final decisions will be announced at the World Motor Sport Council in Bahrain on 18 March."

Yes, a fairly predictable FIA process which will at least have a clear direction well before the start of the season.
I believe the opinion of the teams will have a clear influence on the stand the FIA will take.
I don't suppose there will be many teams who will agree with Red Bull the processes used at the final race were what is required going forward, so expect some sweeping changes. 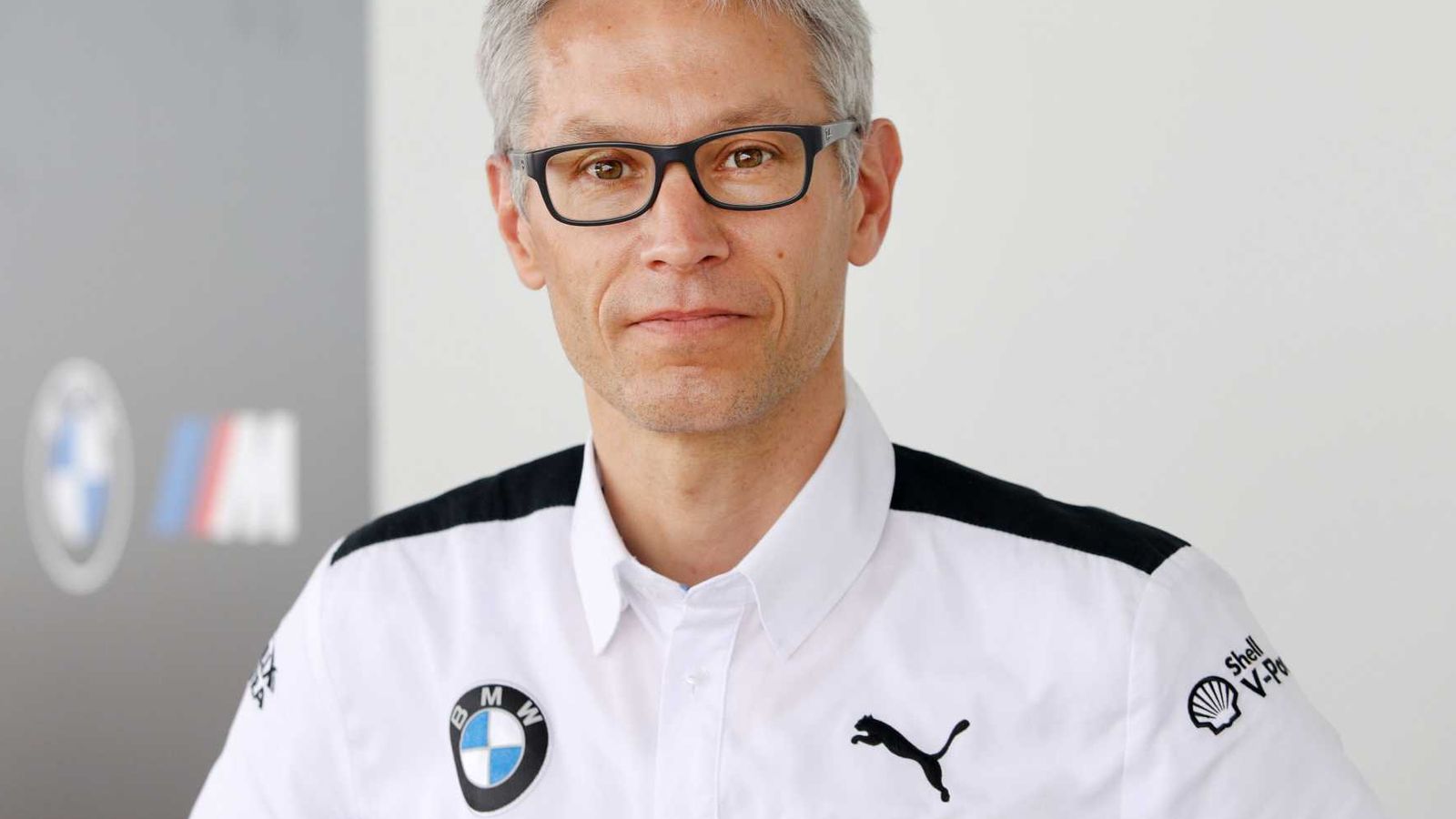 Aston Martin have appointed Mike Krack as their new team boss, and are confident the ex-BMW chief will help deliver on their lofty long-term goals of Formula 1 world championships.

AMGeed said:
^ I think he was sounded out by Renault a long time ago.
It can't be easy working for a man like Lance Stroll at Aston Martin.

I'm amazed Gunter Steiner is still in charge at Haas. Gene Hass has an awful lot of patience but has a pretty rubbish car and not particularly good drivers (the jury is out on M Schumacher for me).
How long will it be before Haas is up for sale?
Click to expand...

Steiner has done well to keep his job. Not sure how much he is to blame although as TP the buck does stop with him. The decision by the team (probably Gene) to not develop last years' car and focus fully on 2022 gave him a lifeline. This year will be make or break for Haas. Gene will stop throwing money at it soon and was probaby a bit naive on how hard F1 can be. Their first season was their best result (with help from Ferrari) but since then it's gone downhill. I can see Mazapin Snr buying them out to keep his son in F1

Brundle confident Hamilton will be racing next season

Interesting overview of the FIA inquiry situation by Andrew Benson: 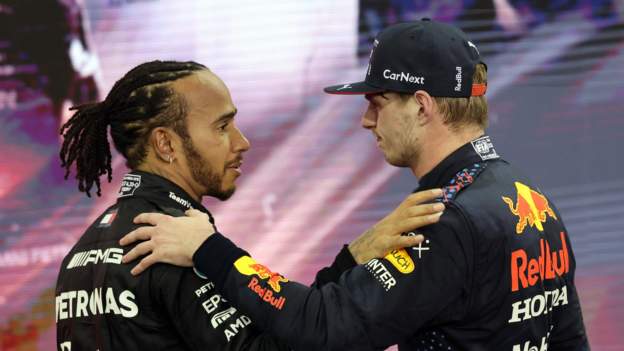 Abu Dhabi inquiry under way - what next?

Andrew Benson assesses what changes lie in store and whether Lewis Hamilton will race again following the controversial season finale.

...there remain questions as to the timeline of the inquiry stages laid out by the FIA on Thursday, and as to whether the organisation fully understands the threat to its credibility created by this situation.
Click to expand...

The FIA promised this inquiry three days after Abu Dhabi. But work on it did not start until last week.
Click to expand...

The impression is that the FIA was initially working under the belief that the issue would go away as time passed.
Click to expand...

Why aren't I surprised?

Substantive action will be required to start rebuilding Hamilton's trust in the governing body.

The alternative for the FIA is to face the prospect - however remote it might seem - of the most successful driver in history walking away from the sport and saying he is doing it because he does not trust its governing body to administer F1 fairly.

If the FIA does not realise it is facing a crisis now, it certainly would if that happened.
Click to expand...

The best thing the FIA can do is hold their hands up and admit they bent the rules to get one last lap of racing. Masi would be the scapegoat but then they can move on. Shameful events took place post race.

1. Why were Red Bull allowed in as an interested party? What about Ferrari who lost out a chance for 2nd place or the win?
2. They backed Red Bull when they defended saying that 'any' did not mean 'all'. They all knew what it meant
3. Max didn't even get a slap on the wrist for getting ahead of Hamilton behind a safety car when Hamilton was disqualified for a 0.2mm infringement of his wing

Abu Dhabi inquiry under way - what next?

Andrew Benson assesses what changes lie in store and whether Lewis Hamilton will race again following the controversial season finale.

Why aren't I surprised?

I believe the important bits are here:

And then there is the operation of the weekend and the race director's position.

It has already been accepted - if not specifically outlawed in the rules - that team bosses will no longer be allowed to lobby the race director.

But, while Whiting had his deputy Herbie Blash by his side as a sounding board, Masi has conspicuously lacked support for the past three years.

Whoever is the race director going forward, they will need a better system around them to ease the load of one of the most high-pressured jobs in sport.

I'm sure they will get there in the allowed time, we'll just have to see which heads roll and if the FIA can demonstrate that they can and will do a better job in future.

Mactech said:
But, while Whiting had his deputy Herbie Blash by his side as a sounding board, Masi has conspicuously lacked support for the past three years.
Click to expand...

It's been obvious for some time that Masi, who has not had the benefit of a competent deputy by his side, has been overloaded in his role as Race Director and that his workload has been added to by Team Principals "getting on his case" during the race. So whose responsibility was it to take note of that and put proper support in place / stop the badgering by TP's before a crisis erupted? Hmm... Answers on a postcard.

Mactech said:
I'm sure they will get there in the allowed time, we'll just have to see which heads roll and if the FIA can demonstrate that they can and will do a better job in future.
Click to expand...

I hope they do get things back on an even keel because if they don't the 2022 season - which will be difficult enough due to the new car reg's - will quickly degenerate into a rancorous farce.

For the reasons I've mentioned above I have a degree of sympathy for Masi, but I don't honestly see how he can remain in post after what happened throughout the 2021 season. After all, the debacle that was Abu Dhabi was just the icing on the cake: there was also the failure to address MV's overly aggressive driving, the lack of clarity over what is and isn't allowed in terms of crowding another driver off the circuit, and the inconsistency of sanctions.

If he did remain in post, even if he was properly supported by a competent deputy, the first time he made a disputed call it would reignite the controversy and leave the FIA open to allegations that it doesn't do it's primary job of ensuring fairness in competition. Surely they're not pig-headed enough to let that happen?

^^^^^his workload has been added to by Team Principals "getting on his case" during the race.

They use a Reidel talkback/communucation system. There is a volume control for every user on every panel. It goes all the way to zero

I still think it hilarious that Toto was on the blower to Masi early on saying "no safety car Michael, it interferes with the race".
OP
OP

As an F1 fan before a Mercedes fan, I do agree that even Mercedes got their rub of the green. Lap 1 Abu Dhabi for me was where Lewis should have given the place back, even though he was shoved off the track. Obviously I wasn't too bothered because Hamilton kept the lead and it gave Max something to think about.
Then, Toto badgering for 'no safety car' is wrong, but then it sounds worse because it was broadcast and there are so many other radio communications that were not. All the TP's are as bad as each other when it comes to jumping on the radio.
OP
OP 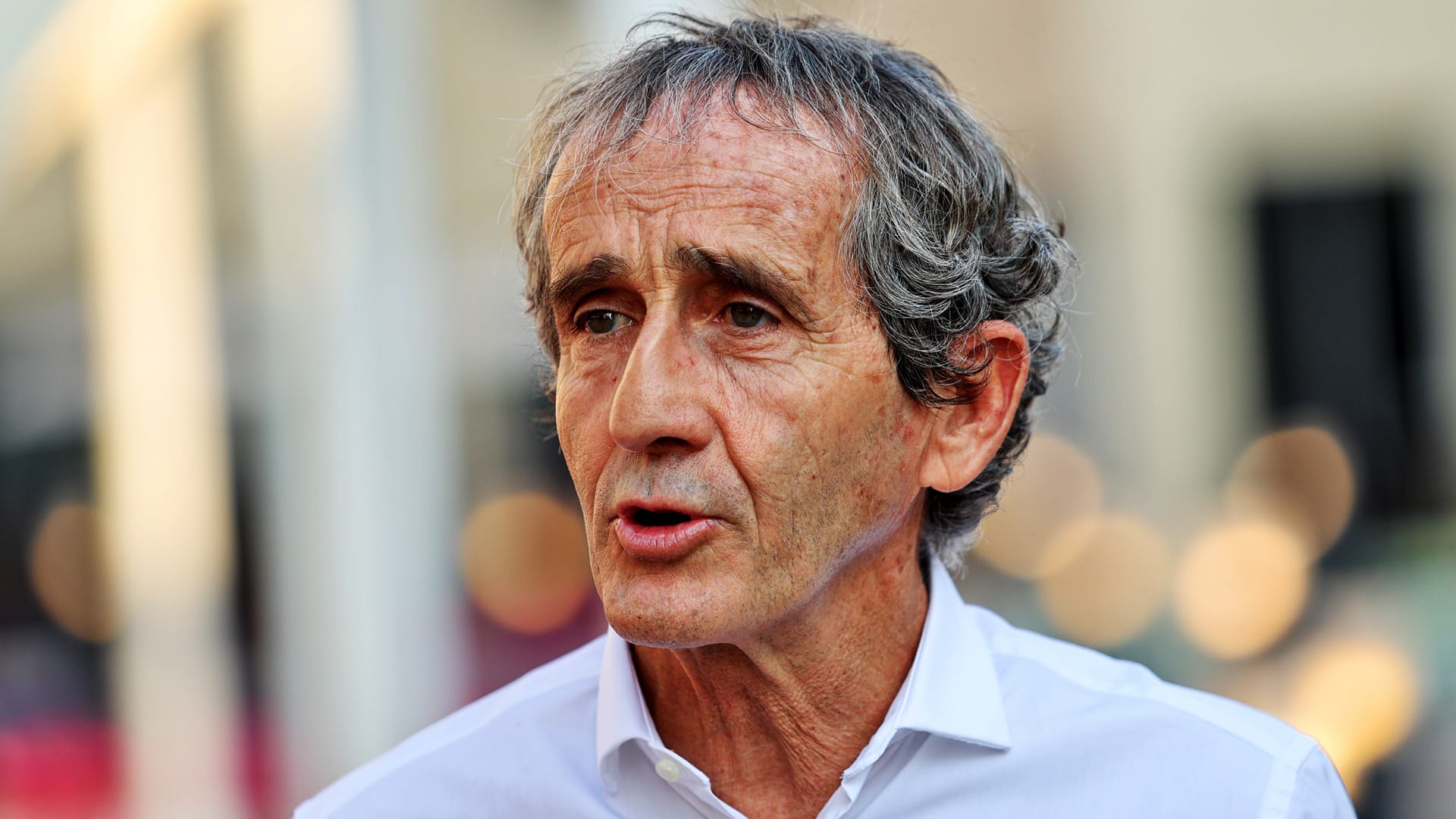 Four-time world champion Alain Prost has left his role as Non-Executive Director at Alpine, as the French manufacturer continues its review of the management structure, Formula1.com understands.