FSH, Mercedes serviced up to 2019 and then indy after that.

Car is in great condition.
One little mark above rear wheel arch, looks like the laquer has a bit of a rub, probably buff out with a polisher. I will try.


Just had another oil service prior to selling, which I took in, using the correct 229.51 oil and Mann filter.
New tyres fitted to rear.
Front tyres at 6mm.
Brake pads done fairly recently, and discs look like around half life, maybe a bit more.


It had a new EGR fitted last November at Mercedes, guy said he got a bit of stutter and eml came on. They fitted new EGR.


It seems to be getting 44mpg round town and can get silly mpg on a run. I did 200 miles in it on Sunday and it returned 56mpg overall. Very impressed for a 3 litre V6 diesel.

Being 2013 it has the later gearbox, plus the NTG is the new version, so darker graphics, bluetooth streaming etc.
Not comand, but does have the slot for the Becker nav.
Stereo sounds great in this.


I will try and get some more pics up over the weekend. 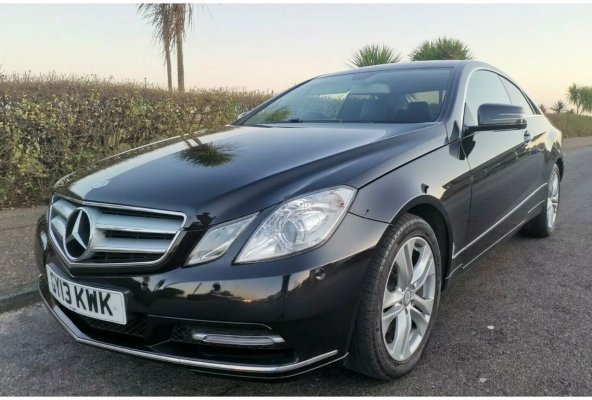 I should add, the guy who used to work with my father in law, at his garage, put the owner in touch with me as he was looking for an E350 or 530d estate to put a tow bar on for his new caravan and I was selling mine.
He wanted to know if I would take this in part exchange, as I knew of the car I did.
I had already bought the 911 and 320d, and just needed the difference in cash against my 530d to put back in the bank and get my missus off my back about buying the Porsche. Haha

iCloud Photo Sharing lets you share just the photos you want with just the people you choose.
www.icloud.com
OP
OP

Now sold.
You must log in or register to reply here.