Hi everyone - I hope somebody can offer me some advice because I'm going round in circles.

I own a R129 300 SL (1990 US Spec) which has been stuck in the Mercedes Dealer in Dieppe since 10 August. I won't go into the unhappy saga (I've already posted a thread on the matter) but I'll summarise for the sake of clarity.

Car went to dealer for annual service. Dealer broke key off in ignition lock. Took them ages to obtain new barrel. Eventually (12 November) I was told car was ready for collection. I said I would collect on 13 November.

On morning of 13 November, I received a call to say I couldn't collect because the car wouldn't start. Later I received another call to say I could collect because it was just a dirty contact. So off I went. I paid the bill (which was 1000 euros) and set off for home. Despite the bill, I was happy with the car (she was going better than ever before) BUT after 17 miles the car just died - No power (all warning lights came on) and she stopped .... in a very dangerous position and in heavy traffic. I was not happy!

The car would not restart, so I called out the breakdown service and got the it taken back to the dealer. I told the dealer to sort it out, they said that they were sorry and would get back to me.

As I haven't heard from the dealer, I rang them this morning and got the following response.

1. They still had not diagnosed the problem.
2. Their diagnostics machine doesn't work on old vehicles.
3. They don't have an auto-electrician who has experience of old vehicles.
4. Sometimes the car starts, then a few moments later it won't start.
5. When the car starts there is obviously current at the fuel pump but when it won't start there is no current at the pump.
6. They've tried a new fuel pump relay and say it makes no difference.
7. They don't know how long it's going to take to sort it out.
8. They don't think Mercedes France Customer Service will be able to help me.

I now just don't know what to do.

I had a similar non starting problem last christmas but it seemed to go away, and didn't mention it when the car was serviced - I suspect it may be an intermittant problem - Any Ideas?

The only other thing I can think of is .... I had recurring alarm problems (it kept going off at odd times) and read that it was likely to be caused by
the internal battery (inside the alarm) being dead. I also read that if you remove the unmarked fuse (in the boot fuse box) it would kill the alarm. I did this and it worked and everything else seemed to work ok - so I left it
out (disconnected) - Could this be causing the problem?

I may be way off the mark here, but as you mentioned the fuel pump...

I had a classic shape WRX with a fiddly alarm on it, in fact I also had an XR3i with a similar alarm. The immobilisers on both vehicles were routed to the fuel pump, current would go to it however when immobilised current would stop, unless immobiliser was turned off.

Both cars had a kill switch, well hidden ones. Impreza had a sequence and the escort just a simple switch that was so easy to knock it was unreal. Anyway... You haven't got a hidden switch anywhere in the car have you? The Impreza one I didn't even know about till similar happened in a garage and we tried to diagnose it

I would be very suspicious of the alarm's immobiliser function. UK cars of that age got a dealer fitted alarm, I don't know what would be on yours though.

Still the saga continues .... just spoken to the dealer and was told the problem is with the fuel pump relay and that it would cost 800 euros to replace (I nearly fell off my chair!). I said "what the two little boxes in the fuse box", he said no not those ..the big one on the other side that controls the two fuel pumps. Not sure what he means (my french isn't good with technical things) Anyone any idea what he's talking about and if so whether 800 euros (£600 ish) is reasonable? Thanks
N

Does the FPR look like the big one on the left? If yes, I have one. If it isn't that component can you tell us the part # of the FPR you need? I'd want to know what happens if they fit the new module and the fault persists. If, by their own admission, they can't diagnose the problem properly, then what's to say their proposed fix will do the job?

What's the part number of the unit they want to replace? If it's the EZL unit they are expensive but they are also commonly found in breakers yards

The EZL is on the inner wing and is the ignition controller. It normally has a round diagnostic port covered in a cap

I may have an EZL unit in the garage off a 24v - post up the part number.
D

What kind of remote fobs do you use or have you used in the past to lock and unlock the car? 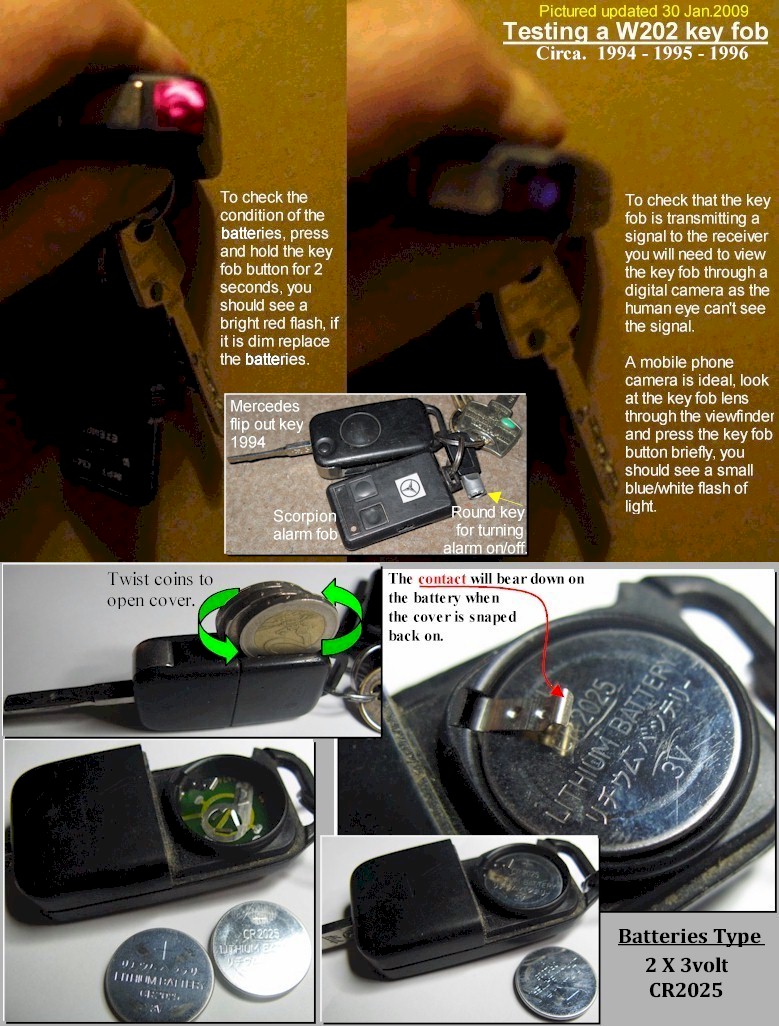 Surely it's up to them to return the car to you in the condition you gave it to them, ie, working!

Firstly the immobiliser on the alarm has to be completely ruled out.

On my w124 with same system I went around in circles. Same issue, intermittent none start and I also found no fuel pump feed when this happened.

I removed immobiliser but fault persisted.

On the 24v models the fuel pump relay is part of that Mas module as neil points out above. They are expensive new and according to my dealer, they aren't sold very often - in my experience this tells you these don't commonly fail and to look elsewhere.
I went through 4 used Ebay ones before I concluded that 4 of them couldn't have the same fault.
This went on for a while due to intermittent nature of issue.

Then I found that the old alarm system had a secondary immobiliser. Earlier I had bypassed what I thought was the immobiliser but that was the "starter immobiliser." So I found this second immobiliser wiring, which controlled fuel pumps, and removed it. Never been a problem since.

MB will have little diagnostic capability on this. They will go through a parts swapping exercise until it works.

I think you need to push them to check alarm first and then ask them if they will still charge for the new fuel pump relay if it doesn't work.
OP
OP

Thank you for all your replies. I'll ring them in the morning and get the part number.

The car is a 1990 US Spec. 300SL (so I think VIN Numbers & Chassis Numbers are
sometimes considered strange) but VIN on the Data Sheet in back of Service Book is as follows:

The comment regarding getting the car back in the same state as it was when it went into the dealers is perfectly correct. Problem is my french isn't good enough to argue with the buXXers & Mercedes France don't want to know - I've tried to involve them but all they say is the dealer says the problems are down to usage and they always
believe what the dealer tells them (so tough luck).

The keys I use are both single button flip keys like the 1994 one shown on Dec's post.

I think when the car cuts out someone needs to see if you are losing spark, or fuel.
Then fault find from there. Old alarm systems are a headache as pointed out, as are ezl units, mas relays etc etc. I personally doubt it's an ezl unit as heat and summer would cause them to fail commonly.
I'd say it's the mas relay failing myself.
It is repairable.
OP
OP

Thanks for the tip. I'll have to put your posting through "Google Translate" and hopefully I can get them to understand!
OP
OP

Thank
I'm going to be a busy boy tomorrow!
D

I the “plip” a remote fob separate from the flip out key in my picture?

Diagnostics is primitive on early R129 upto around 1995/6, STAR cannot be plugged in...so in certain cases garages will try component swap and hope with complex intermittent issues, key point is agreeing up front what you are willing to pay for in terms of success...which due to language barrier is going to be hard in your case, maybe go visit and take an interpreter friend with you so you can clarify with your MB stealer...
N

Below is the page from EPC showing (most of) the relays on your car. The key does everything ... no separate plip.
D

You seem to have, in the past, had trouble with the alarm as it was faulty and it used a plip.
See… http://www.mbclub.co.uk/forums/electronics/132039-w129-fed-up-same-old-electrical-problems.html

My theory is that the car alarm is dormant (disarmed) and it did once have a plip which is now no longer in use.
When the car was being serviced, the car battery was disconnected and as soon as the battery was re connected the dormant (faulty?) car alarm rearmed itself, which is normal for alarms of that era.

Could this explain why the French can’t get the bottom of the problem because of a possible faulty alarm and a missing plip needed to disarm the alarm?

Dec
You must log in or register to reply here.

Can someone please help me? (CL Electrical Issues)
2