“ONE IS NEVER TO OLD TO LEARN SOMETHING NEW!”

Manure : In the 16th and 17th centuries, everything for export had to be transported by ship. It was also before the invention of commercial fertilizers, so large shipments of manure were quite common.

It was shipped dry, because in dry form it weighed a lot less than when wet, but once water (at sea) hit it, not only did it become heavier, but the process of fermentation began again, of which a by-product is methane gas. As the stuff was stored below decks in bundles you can see what could (and did) happen. Methane began to build up below decks and the first time someone came below at night with a lantern, BOOOOM!

After that, the bundles of manure were always stamped with the instruction ' Stow high in transit ' on them, which meant for the sailors to stow it high enough off the lower decks so that any water that came into the hold would not touch this “volatile” cargo and start the production of methane.

which has come down through the centuries and is in use to this very day.

You probably did not know the true history of this word.

I had always thought it was a golfing term Where Does The Word 'Shit' Come From?

Was 'shit' formed from an acronym of 'Ship High in Transit'? Heard that before, you can still have fun telling people and watching their faces.

So it’s a shit tale then?
Perhaps we need a shit joke thread to contain this kind of shit.
OP
OP

Over 80 years ago, in Greece sixty thousand Jews lived peacefully in Thessaloniki.It was a valued and vibrant community.

>
> Most of these Jews worked in the port.So much so that the port of Thessaloniki was even closed on Saturday, Shabbat.
>
> Great emeritus rabbis also lived and studied there.Everyone rubbed shoulders and appreciated each other.
>
> But on September 2, 1939, on the eve of the outbreak of the Second World War, it is on this glorious community that the Nazi terror will suddenly rise.
>
> On April 6, 1941, Hitler invaded Greece in order to secure its southern front before launching the famous Operation Barbarossa and its great offensive against Russia.Of the 60,000 Jews in Thessaloniki, around 50,000 will be exterminated at the Birkenau concentration camp in sad record time!
>
> The massacre of the Jews of Greece was brief but intense.Very few will have the chance to make it.But among the survivors there was a family known as Bourla.
>
> And after the war, in 1961, a son was born into this miraculous family in the camps.His parents called him Israel – Abraham.He grew up and studied veterinary medicine in Greece.A brilliant student, Abraham will get his doctorate in reproductive biotechnology at the veterinary school of Aristotle University in Salonika.
>
> At the age of 34, he decided to move to the United States.
>
> He changes his first name Abraham to Albert and meets a Jewish woman named Miriam and then marries her.
>
> Together they will have two children.In the United States, Albert was integrated into the medical industry.
>
> He progressed very quickly and joined a pharmaceutical company where he became “Head manager”.Little Abraham (Albert) rose through the ranks and got his appointment as CEO of this company in 2019.
>
> Throughout the year Albert decides to direct all the efforts of the company to try to find a vaccine against a new virus which has just struck the world.He expends great financial and technological efforts to achieve his goal.
>
> A year later his work paid the WHO (World Health Organization) validates the authorization for his company to produce the long-awaited vaccine ... His vaccine will be distributed in several countries including Germany, which counts thousands of dead from the pandemic.
>
> Ironically, this vaccine which will save the lives of millions of people around the world including many Germans was led and pushed by a little Jew from Thessaloniki, son of Holocaust survivors from whom most of his people were exterminated by Nazi Germany.
>
> And that is why Israel became the first country to receive the vaccine.In memory of his grandparents and his parents who gave birth to Israel-Abraham Bourla, known today as Albert Bourla: CEO of Pfizer!

What a shit story

That one is true. 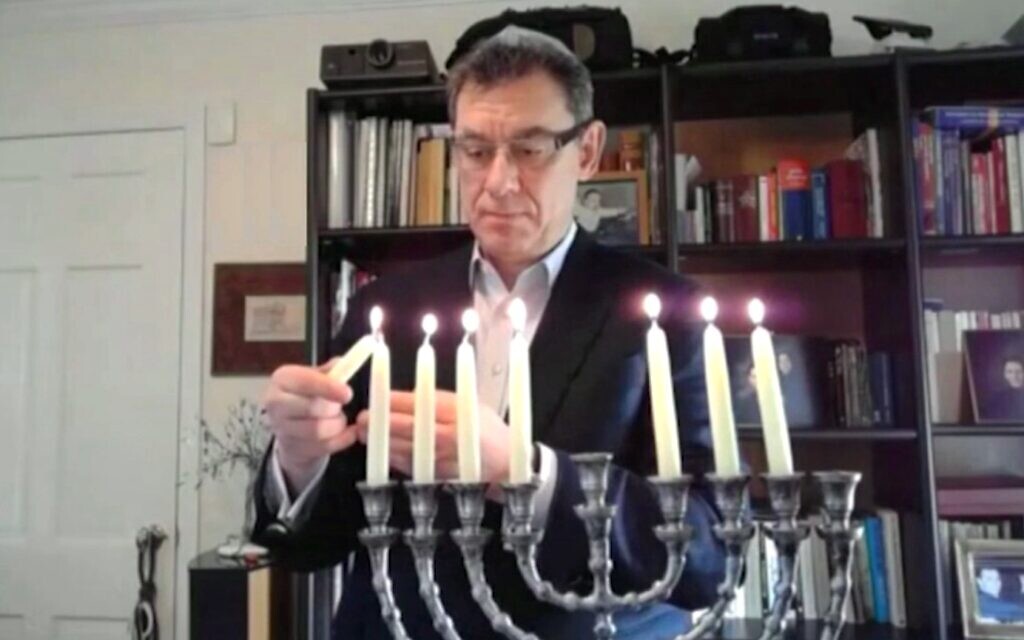 www.timesofisrael.com
You must log in or register to reply here.

Vitamin D3 and it's effect on Covid
2