As the title says, I just put my hands on a 93 220E with only 133,000 km for what I thought was a good price after a lot of negociation. The interior is like new, everything works, it was garage kept so every door seals are like new and it drives like a new car.

It also has some engine oil leaks (like every M111 is seems...) that i'll fix myself, the most concerning being an oil leak from the head gasket at the front of the engine, especially close to the chain tensioner. The head bolts probably need to be retorqued.

Of course the wiring harness will need replacing at some point even if it's still in good shape. Maybe i'll rebuild it myself just like I did with my former 95 W124 if I keep the car. Takes a lot of time but doable.

The car was serviced every 5000 km over most of it's life and looks clean under the oil cap.

The bad part is that is has some paint bubbles due to rust at the front wheel arches where dirt accumulates because it comes from belgium where they tend to use a lot more road salt. It also has, like every W124 I had and saw, rust at the rear jack points. Had a poke around with a screwdriver under the car before buying it and it seemed solid but today I found other things...

Tell me what to do, keep it and repair it or sell it now? I am fortunate to have someone in my familly who does this kind of stuff pretty well. 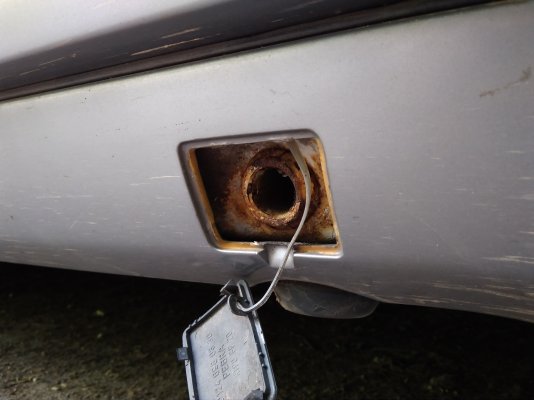 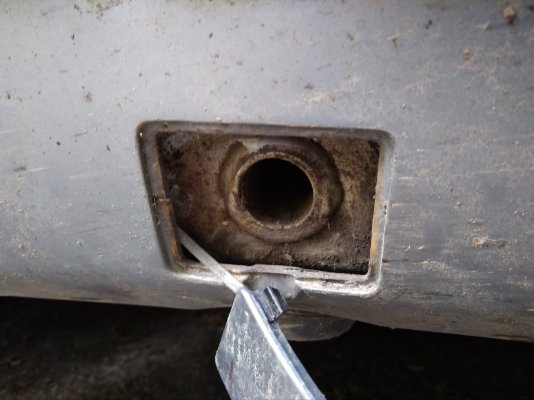 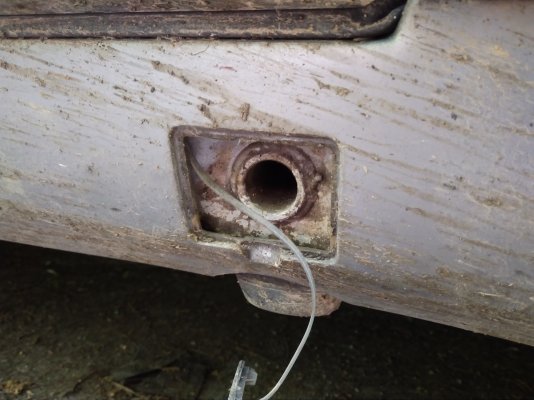 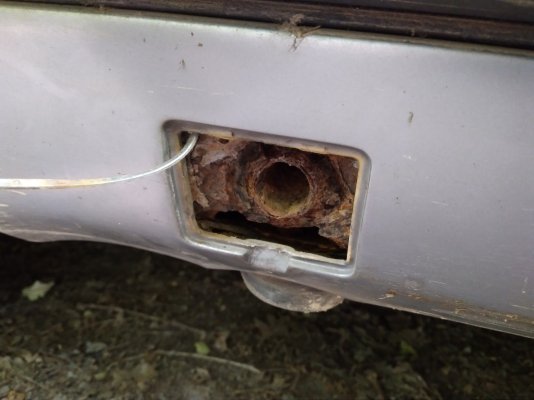 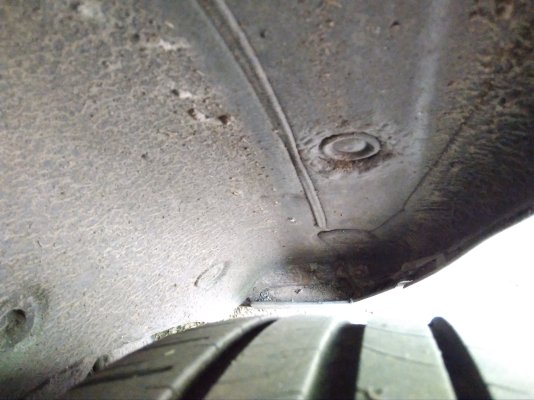 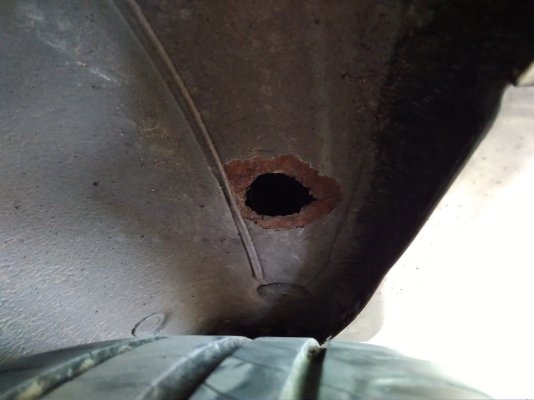 This place is at the rear right wheel, above the rotten jacking point.
OP
OP
R

Here are the positive aspects of the car: 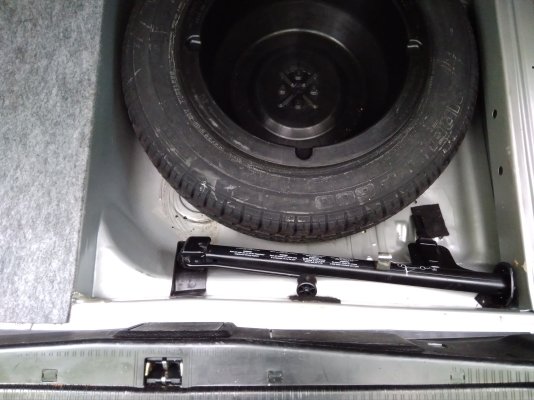 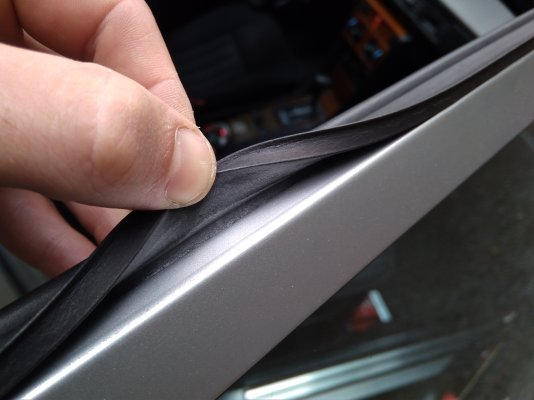 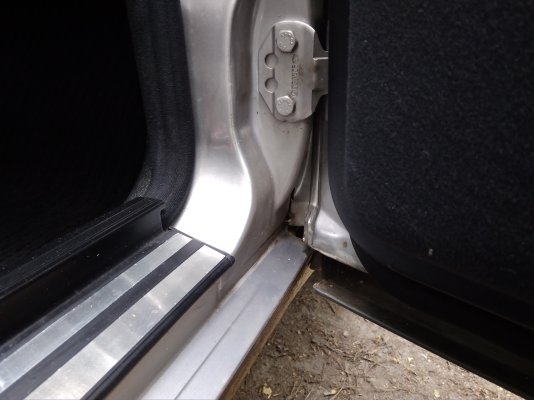 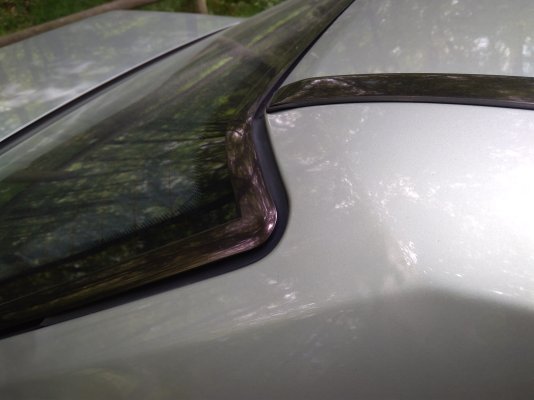 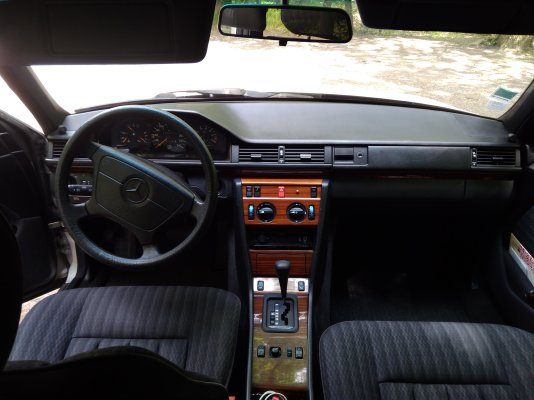 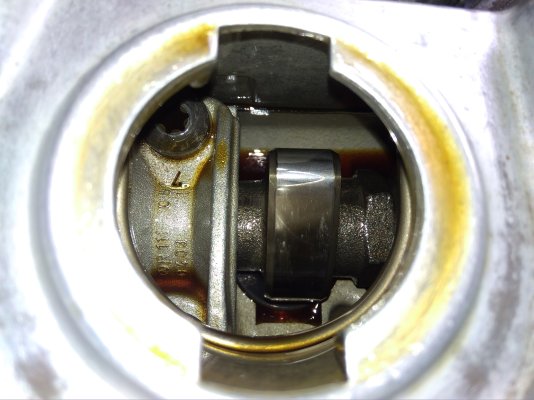 Looks in pretty good nick for a 93. Weak spots for these cars is rear jacking points/sills and the main brackets where the rear subframe front mounts are bolted to the body. I'm afraid the only way to assess the progress of body rust is to remove the body cladding and any flaking underseal to get down to the metal. They tend to rust behind the headlights and where the front wings join the bulkhead- again need to look behind any wheel arch liners. The rust is not too extensive definitely worth saving. Cylinder head gaskets are known to go and cause head porosity but relatively easy to repair/skim
C

Looks very nice. All but one of the jacking points look solid. If you prise the rubber jacking floor bungs out you will be able to assess much easier how much rust damage there is. Not a difficult area to repair. If that is all there is rust wise (parcel shelf rear / screen surround area?) then that is not bad for a 29 year old car.

Assuming a w124 is the same as a w201 there are also rubber drain bungs in the floorpan/ sill structure which can be removed which will let you get a better idea of the extent of any rust damage.

Keep it. The repairs are all fairly easy if time consuming, and will only need to be done once for another 20+ years of enjoyment. Less and less 124's about every day so you might find it difficult to replace for a better car. There I always something hidden when you go to buy the next one!
S

That looks good to me; as good as my 124 about 15 years ago. I would suggest removing all of the plastic sill and lower door covers, repair as necessary and then cover in wax. If I was keeping one now I would remove the front wings (very easy) and do the same thing.
OP
OP
R

Thanks everyone. I'll definitely pull as much plastic trims as I can to assess the damage. Fortunately, absolutely no signs of corrosion at the rear parcel shelf. I pulled some carpeting and same thing, everything is very clean and dry. Everything with this car has to do road salt and mud. The thing is, I sold a totally rust free 98 C180 manual (yes, such thing exists!) for this one but that is to be expected I guess when you buy 30 year old cars...

Here's more of it, you can see that the provious owner repaired the front left wing but the front right still needs attention: 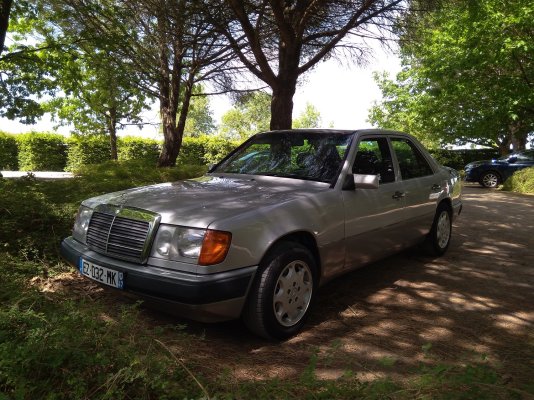 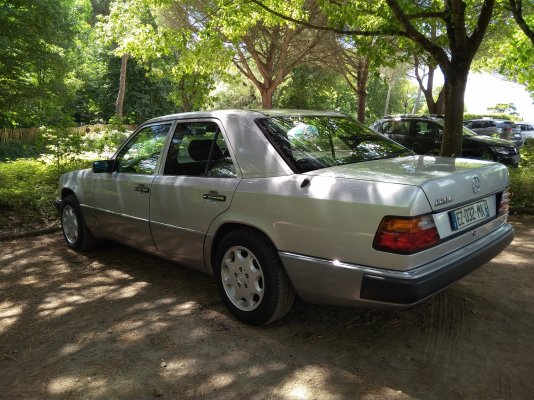 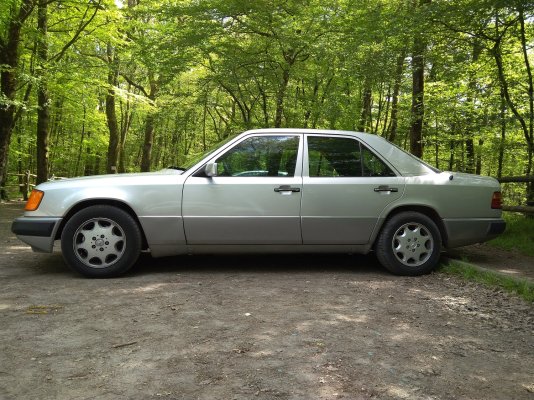 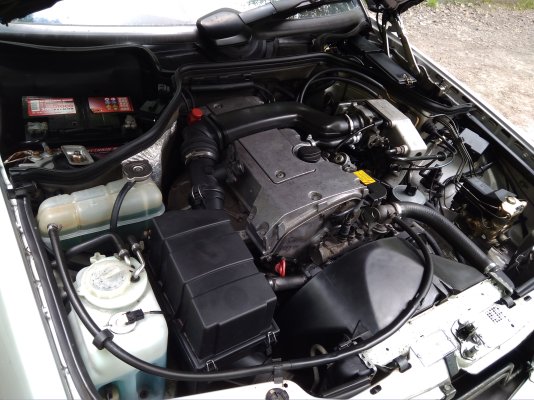 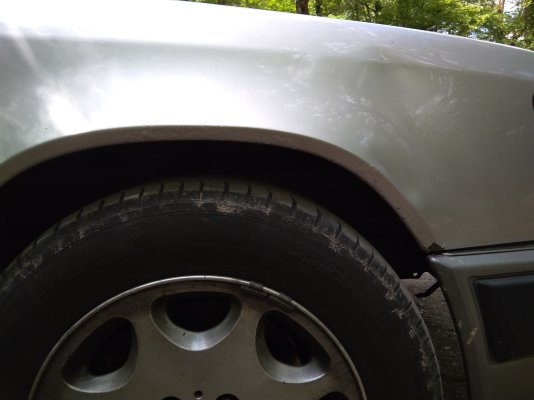 Yes, it comes from belgium, I believe that heat isn't a big issue there.
N

You bought a leftie, how does that cope with UK traffic?

noogieman said:
You bought a leftie, how does that cope with UK traffic?
Click to expand...

The OP is in Brittany. Most cars there are lefties!!

Looks a decent car - need to investigate behind the panels, and underside to get a better idea. But to be fair - with old cars you have to throw money at them now and again. If it’s a keeper then bite the bullet and crack on!
OP
OP
R

Thanks everyone. I don't know why these cars were so bad in the rust department, especially compared to french or japanese cars. Imagine how long they would last without this issue. The absolute worst was a W210 I used to own. It was tetanus on wheels propelled by a V6. It seems like most of them are absolutely rotten around here, more so than the 124 even though they're not at old.
N

ray_hennig said:
The OP is in Brittany. Most cars there are lefties!!

What is Brittaney?
Never heard of it before?
OP
OP
R

noogieman said:
What is Brittaney?
Never heard of it before?
Click to expand...

France.
Wow, I would have never figured it out Brittany was in France.
OP
OP
R

noogieman said:
France.
Wow, I would have never figured it out Brittany was in France.
Click to expand...

First I thought it was Brittany Spears, then maybe Britny Fox

noogieman said:
First I thought it was Brittany Spears, then maybe Britny Fox

Coincidentally, there's a Britny Fox cassette stuck in the player in my S124.
You must log in or register to reply here.