Just cut the grass...added a few pic's from the tropical Isle of Wight...How's your garden looking?

Just cut the grass...added a few pic's from the tropical Isle of Wight...How's your garden looking?

Here’s mine, mowed it this lunchtime 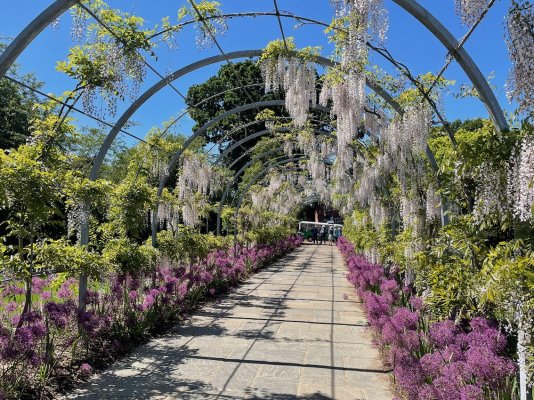 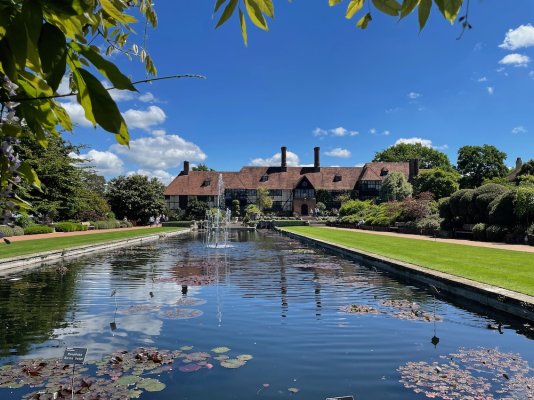 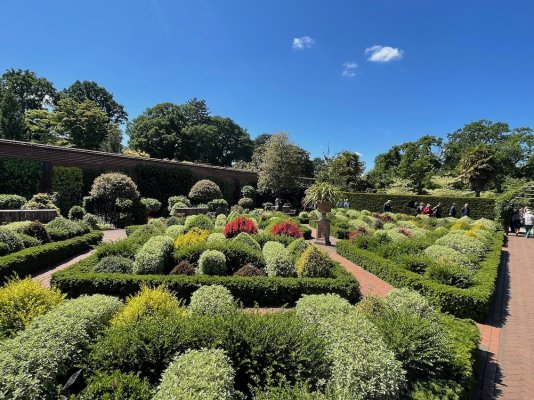 My goodness. You have a beautiful home and gardens.

Shame how you southerners have to slum it! Just think how many whippets I could keep on those grounds!

Nice place - was it an open day?

Unlike you lucky souls outside the South East and those caulkhead Nippers on The Island, poor Londoners have to drive to our gardens.

"The Staff" at RHS Wisley do a wonderful job just 20 minutes away. It looked fabulous last week and the homemade carrot cake was far better than SWMBO's. Grand Day Out: recommended. (No mowing as well) 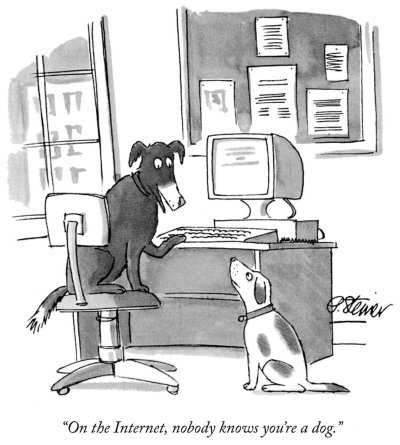 I mean, how can you keep a garden when this is just an hour's walk away, through the park? 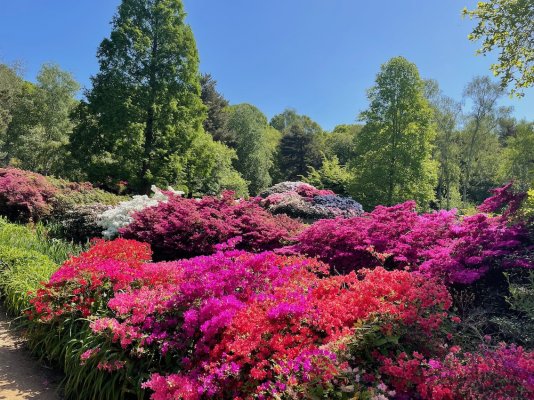 This is the Essex Garden, I wont embarrass myself by showing the London Garden, its well, wild 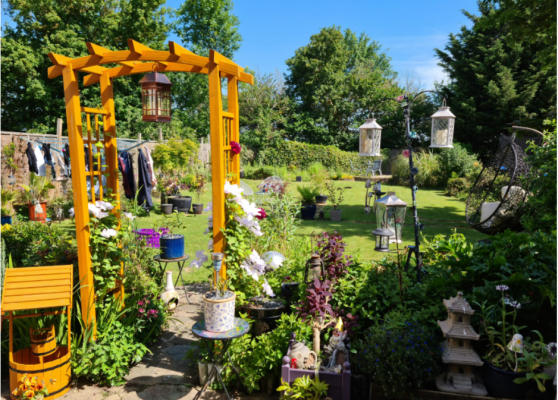 MikeInWimbledon said:
Unlike you lucky souls outside the South East and those caulkhead Nippers on The Island, poor Londoners have to drive to our gardens.

"The Staff" at RHS Wisley do a wonderful job just 20 minutes away. It looked fabulous last week and the homemade carrot cake was far better than SWMBO's. Grand Day Out: recommended. (No mowing as well)

Just up the road from me. Good garden centre and shop too. Unfortunately looks like the old Wisley airfield is going to get the huge housing development built on it, as the go ahead has been given for improvements to the A3/M25 which was a key part. Boo, too many people being crammed in.

Everyone has such neat gardens!

No Mow May 2022: Why you should lock up your lawnmower on 1st May

Here's how to take part in #NoMowMay this spring, and see your lawn spring to life with flowers, bees and other pollinators.
www.countryfile.com

I’m not much of a gardener but I do enjoy looking after our lawn.

Not going to happen much this summer though as I’m six weeks in after snapping my tib and fib!
B

Will have to add it to the bucket list, be a great day out.
Not to far away from Mercedes Benz World and Brooklands Museum

RHS Garden Harlow Carr in Harrogate is Another great place to visit (sorry, know its not an hour walk away)

A couple of mine for which Mrs Ted can take any credit. I just cut the grass and clear up the dog poo.
Also a shot from yesterday when we had a jay and a woodpecker at the bird table at the same time.

Hi,
This is our rear and front gardens in Abu Dhabi.
Fake grass at the rear - just needs hoovering after a sandstorm!
Real grass at front - smaller area than rear - so easy to maintain and lower water usage! 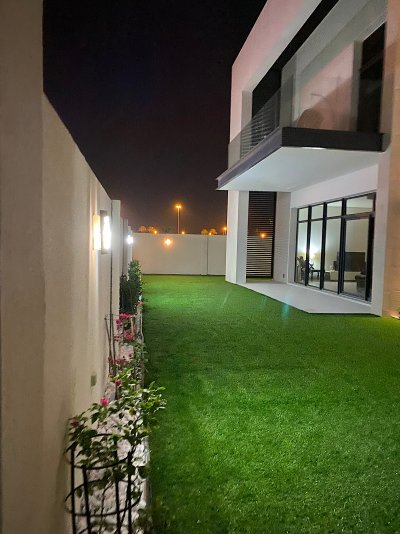 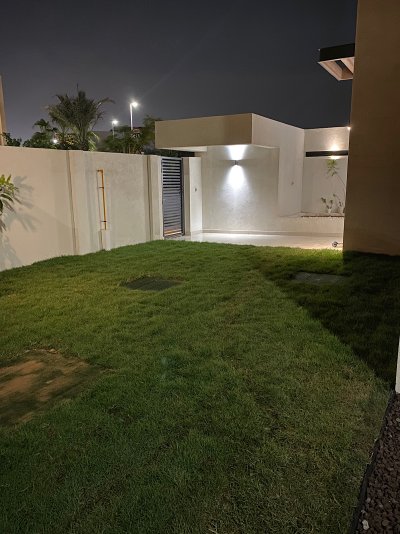 Small garden as is the provision in new-build estates. Last picture is a work in progress shot as I replace old decking boards and frame with the same composite I have on the bigger deck. 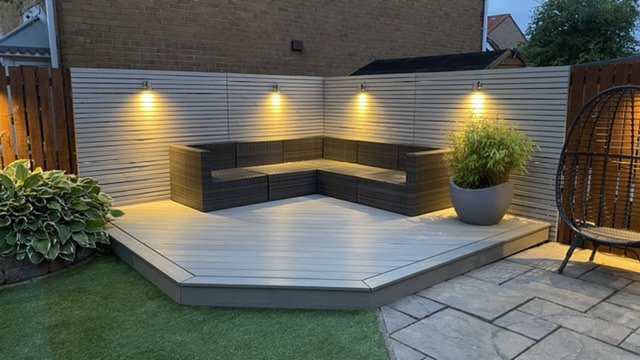 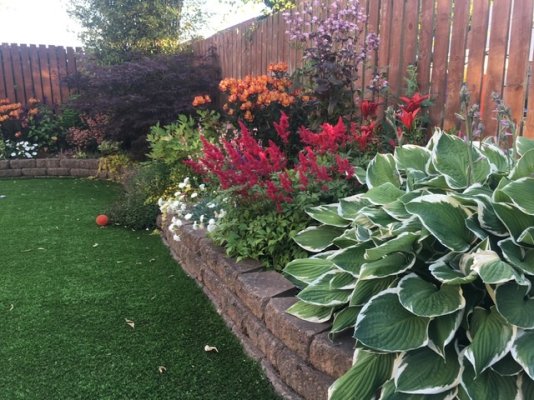 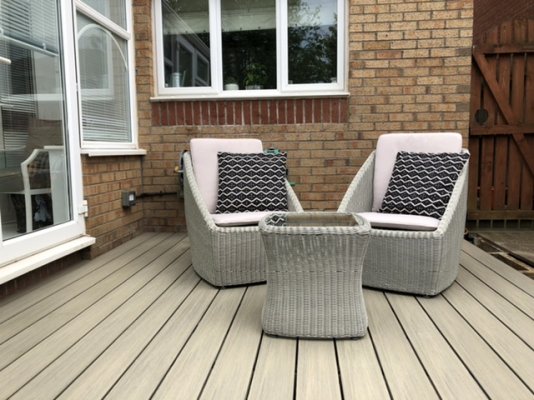 Some really beautiful gardens there (and Wisley is nice too )!

Our place is rather more 'agricultural' The garden by the house was massively overgrown with bushes/shrubs, many of which I've pulled out to open it up a bit. We've also just laid a small patio. Some weeks back I seeded some bare areas from this work which are just starting to grass over now. 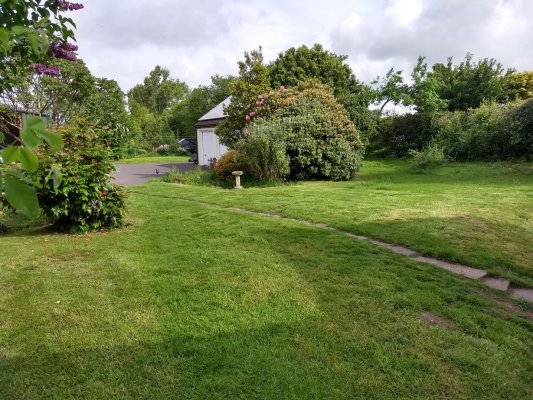 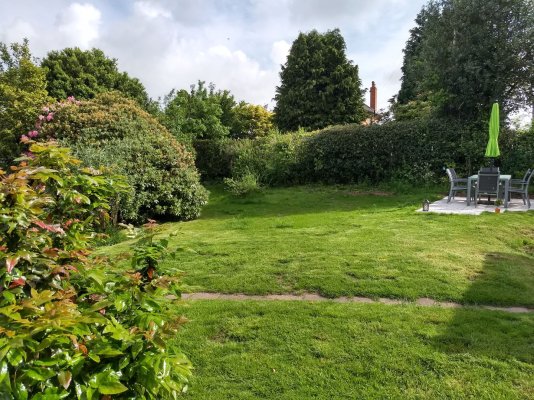 Then we have a tarmac yard with the garage / barns / stable / storage building, followed by some more garden. That's even more agricultural ... I don't collect grass cuttings there. I'm in the process of moving a large overgrown spoil heap from the middle of this to a few locations around the edge - this is a big job and I'm doing it in phases when the ground is dry to avoid destroying all the grass with the tractor We also have a few bare patches from mole activity ... 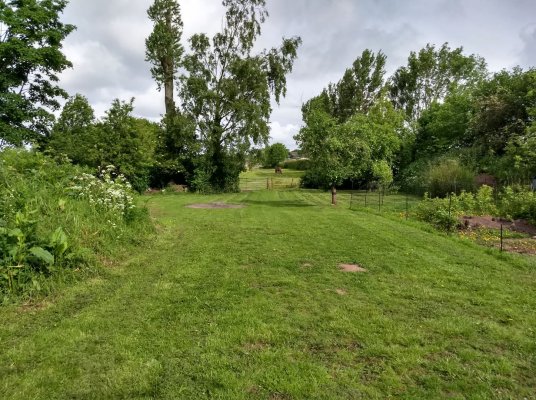 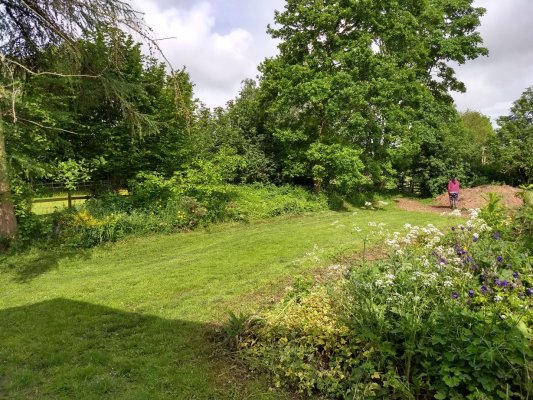 There's a little paddock to the left of the garden but our two ponies maintain that Finally we have three small fields (1 acre & 1.7 acres side-by-side closest to the house, plus a 2.7 acre one at the end). The smallest is only used for grazing ... I just harrow / roll it occasionally. The second one is split ... half of it is used for grazing (alternating with the first field), and the other (flatter) half is used for training our dogs. That in turn is split so one part can be cut while the other is in use. I mowed the near end of that yesterday: 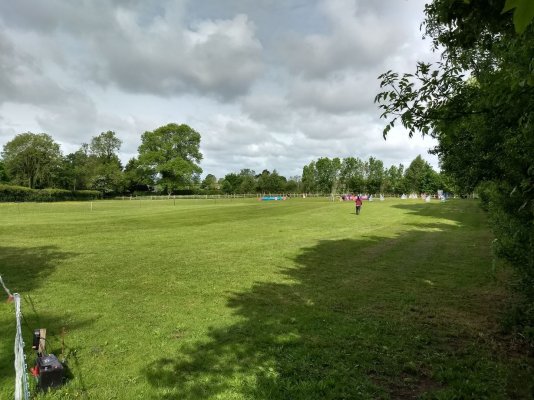 The biggest field at the end was used for winter grazing until February but is now being left for hay later in the year. We walk our dogs round it a couple of times a day - the grass is getting quite long now, so yesterday I cut a pathway around the outside (where nettles/bracken/etc. were also growing in from the hedge line). 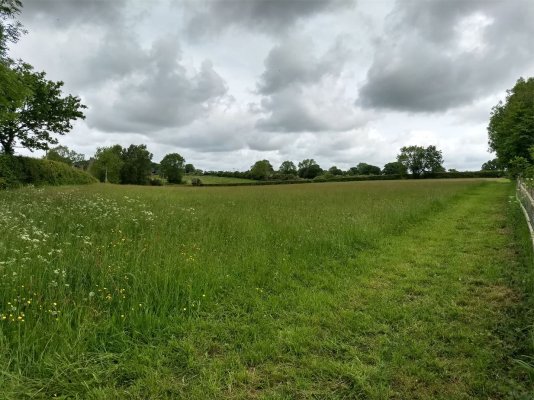 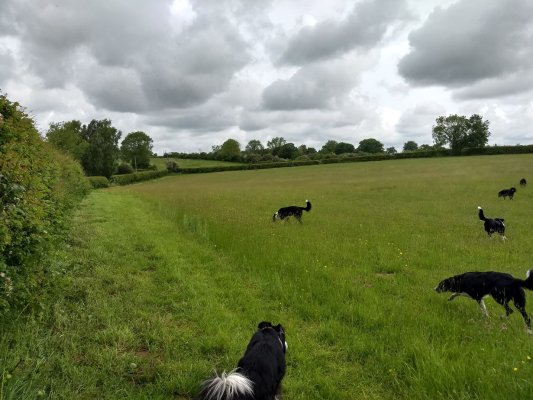 It's all good fun but a fair bit of work to keep it even vaguely tidy! We also inherited a load of raised beds, a huge walk-in fruit cage and various fruit trees. We've been downsizing there - kept the trees and some of the fruit bushes but the raised beds and cage have gone. We have six chickens and they have an enclosure that uses much of that space now.

LTD said:
Small garden as is the provision in new-build estates. Last picture is a work in progress shot as I replace old decking boards and frame with the same composite I have on the bigger deck.

I had EXACTLY that outside furniture set delivered from B and Q last Friday!!!! Its on my balcony. I will be getting spare glass for the table though or finding a better fixing method....the wind has whipped it of the table once already.......Got a bigger L shaped set on its way for the patio. The joys of living in sub tropical West Sussex where they can be used most of the year.

So, four gratuitous photos of the policies today at chez Del in the northern barren wastelands 425 miles from I.O.W. 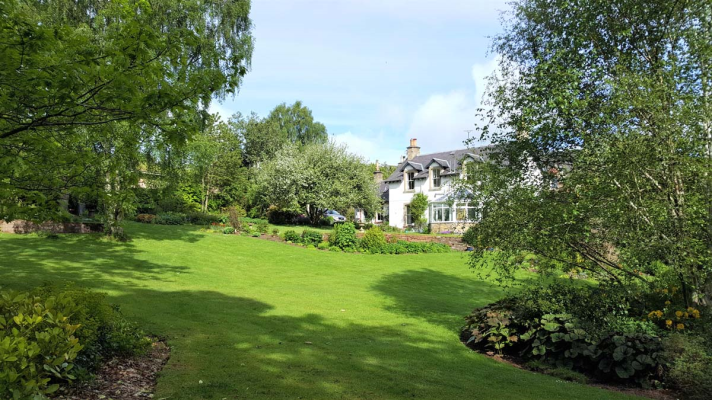 Give it another month to be in full colour. 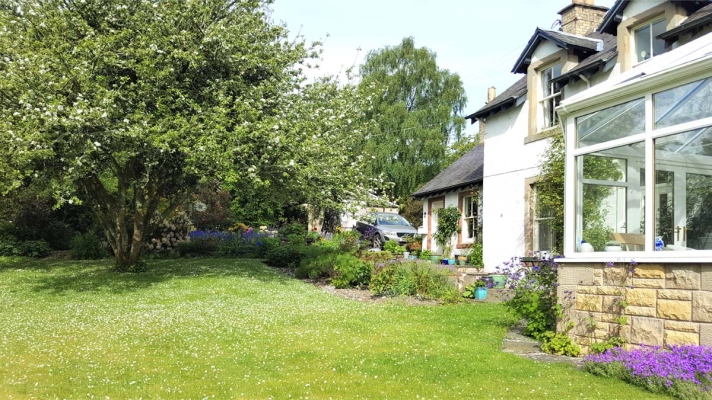 Hoping for bumper apple crop to take to Thistly Cross. 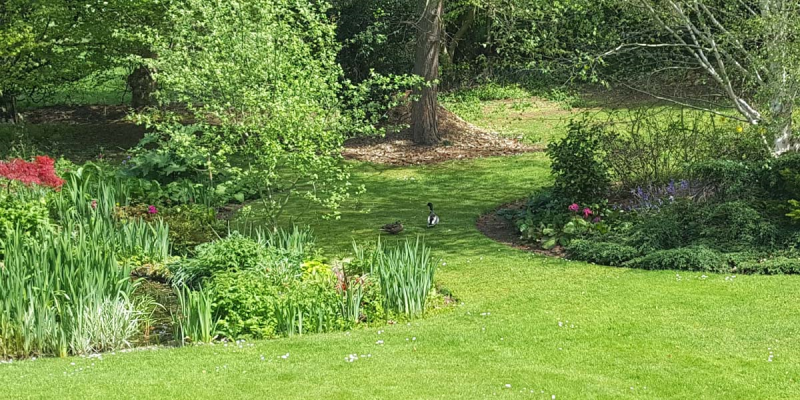 Ducks in most days - having a stroll after floating in the pond. 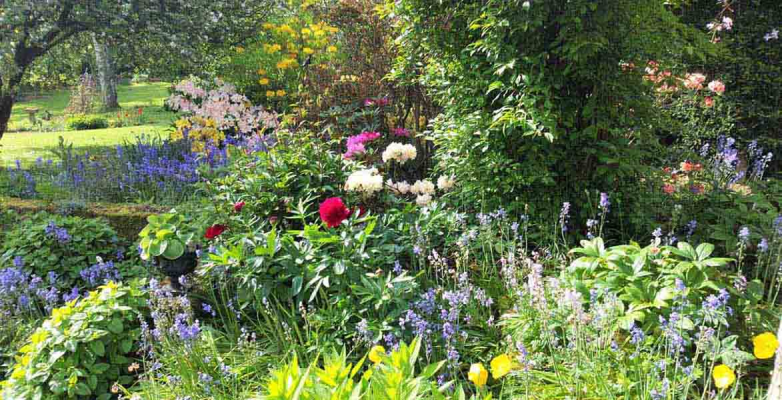 Surprised to see that the snow has melted so early !!!! Global warming I guess!
You must log in or register to reply here.

Had a few scooters on the Isle of Wight This Weekend