Hi I am looking to move to a campervan over the winter period and seen a few Vitos but feedback on other forums is that they rust and interiors are made of cheese!

So has anyone had/own a campervan by Merc or a conversion? T5's have a massive following but parts suppliers and owners are taking the p with prices!! I owned 2 over 5 years ago and same age/model are same price as then!!!

The first generation Vito (W638, which was actually based on a VW FWD floorpan) wasn't galvanised and did have serious rust problems (like most '90s MBs). Very early W639 (RWD) Vitos weren't much better, but from about 2005 onwards they are pretty good. The only interior issue we've had on our 2007 was the instrument cluster needing to be replaced last year. It has no rust at all (the front wings are actually plastic).

VW vans/buses do have a cult following but the T5 isn't perfect and had an issue with the biturbo engine letting go at quite low mileages (this also affected other VW and Audi models). If you Google this you'll find a fair bit of info. online. A friend of ours needed a new engine in hers at about 60k miles - luckily still under warranty.

The 639 Vito's that are with better glavanised body panels and improved piant are post 2005. Easy to identify by the speedo cluster as the upgrade versions have 2 definite dials, speedo and rev counter. Also the radio is square edged. The earlier pre facelift had the wider sweeping speedo and round edged radio. Google the images and you can see the differences, or Ebay Vito's for sale.

Engine wise the less complicated and more reliable lump is the 2.1 litre pre 2010, and is 'less' likely to have a DPF. This is known as the OM646.

All V6 3 litre (OM642) have DPF's and the extra complications because of this. They are smoother, quiter and more powerful, but have an increased possibilty of mechanical / electronic issues. It is more thirsty also.

The later 2.1 litre, post 2010 (OM651) has too many plastic components for my liking. From my research it isn't as user friendly to work on. It is more powerful and more frugal.

As for campervan interiors, don't these only come as personal type upgrades or small workshop upgrades? Aside from the Marco Polo that is.
The interior of the Vito / Viano otherwise is very robust imo. The Viano has more pretty bits and is superior in many other ways to.

But do a lot of research as the Vito comes in many guises. Extras at manufacture can vary massively. Seat configurations are aslo different in many ways. Some of these can be addressed later, the seats 'possibly' being the easier to change, but some changes can be complicated.

There have been a couple of comprehensive threads on here within the last 6 months regarding possible purchases of Vito's, if the search doesn't bring them up easily tracking back either my or BTB 500's post might find them.

Hi there. I have bought my Viano with the intention of using it as a campervan. A friend bought a converted T5 with body kit & 20" wheels for £25K & it does look nice but it isn't very big inside plus it doesn't even have air con! I can't remember how I ended up there but was on a VW Forum & they said just that, rotten with poor interiors. I was mildy shocked at the level of negative comments! So here is why I opted(& am glad I did)for a 2006 Viano 2.2cdi Ambiente XLWB. 2.2 is pretty economical, in the early spring with the seats in I got a whopping 48.4mpg on a run admittedly at 50mph with some slip streaming. XLWB so 5.2metres in length but still ok to drive. Galvanised so little or no rust. Already fully lined out & insulated with 3 12v sockets in the cabin(how much would it cost to have this done?). Twin sliding doors & hatch back. Triple sunroof(this was what I wanted the most), quite by chance(the seller hadn't said)mine also has an Eberspacher auxilliary heater which will be useful on colder nights, I expect you can retro fit these. Independent A/C in the back. It has the seat rails which I am hoping to be able to fix the units in. Tbh I can't afford to buy a converted modern camper van nor afford to run it. The quality is good, not quite as good as my E-Class but still pretty luxurious. I bought mine for £2350 & it has a few problems which I can do as I go along & even if I'd spent £5-10k on one there is no guarantee it will be fault free as at least 10 years old. I know what I'd rather pull onto the campsite in & it isn't a T5. Hope this helps. 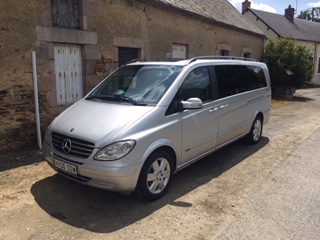 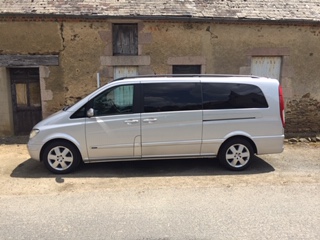