The new E-Clash dash is a revelation, I can't see how Mercedes won't end up following that route in the C-Class.

I personally think it looks feckin hideous, really cheap, but my wife thinks it freshens up the interior and makes it feel more modern.

Bobby Dazzler said:
Ironic that the model which seems to have got the most positive reaction in this thread is the GLE, which is effectively an after thought, because the dashboard is a carryover from the ML which was designed for an integrated screen.
Click to expand...

So the result is a semi-integrated screen, which people seem to view as the ideal compromise. - It looks like it's meant to be there, and hasn't just been stuck on with a cheap kit from Halfords.

Sent from my iPhone using Tapatalk Pro
B

Cosmetically it doesn't look good. I don't like the way the screen sticks out on my 6-series. The new s-class looks better as the screens are integrated in to the dash
OP
OP
C

I agree. That looks so amazing. Which model is that one from?

claspknife said:
I agree. That looks so amazing. Which model is that one from?


Sent from my iPhone using Tapatalk Pro
Click to expand...

Amazing how different your garage looks on the inside compared to the outside Lenno.

I was an absolute hater, it was a real deal breaker for me along with the silver door trim in the C Class.

However after seeing a black C63 in the showroom with black open pore wood and red chilli seats, I was sold even with the iPad.

Now after nearly a year with the car, I've grown to like it perhaps not love it......but it is at a perfect height when driving. I've even sat in an E class and now I'm not sure if I like the extended dash in that now.

Yeah I get the E class every week as a taxi in Stockholm and the interior at first was nice, it now looks a bit cheap. The graphics are pants.

grober said:
Soon we may graduate to the land of the dreaded " touch screen " where in a car devoid of real controls we can all play hunt the Icon/ menu/ submenu in a virtual reality devoid of tangible controls marked hot cold fan radio on off etc - all the while hammering down your local traffic choked motorway at 70 mph--- can't wait! At least in the event of your death they will be able to identify you from the myriad of greasy finger prints on the dashboard floating touch screen now firmly embedded in your skull.
Click to expand...


baxlin said:
TBH, it was a deal breaker, I disliked it so much.
Click to expand...

Deal breaker for me too. I drove couple of courtesy cars with tablets and never liked them. Didn't even use radio or any other multimedia.

I think they look absolutely crap, these things were one of the reasons I didn't end up getting a GLC earlier in the year and eventually opted for the new E Class on which they have ceased this madness.:bannana:

I also dislike the stuck on tablet and consider it a deal breaker. I've had a few courtesy cars for a day here and there and simply don't like the "afterthought" look. Last year I had a new Audi A4 for a couple of weeks when on holiday and that too had the tablet. In that time I couldn't get used to the distraction of the information starting to encroach on my eyeline, so when I didn't need the sat nav I turned it off. Perhaps that's something you eventually get used to, like everything that's new. But I still don't like the look of them - it's personal taste of course. I'm with those who favour by far the new E-class dash.

SPX said:
The new E-Clash dash is a revelation, I can't see how Mercedes won't end up following that route in the C-Class...
Click to expand...

I can't see how this will not become the standard across the range: 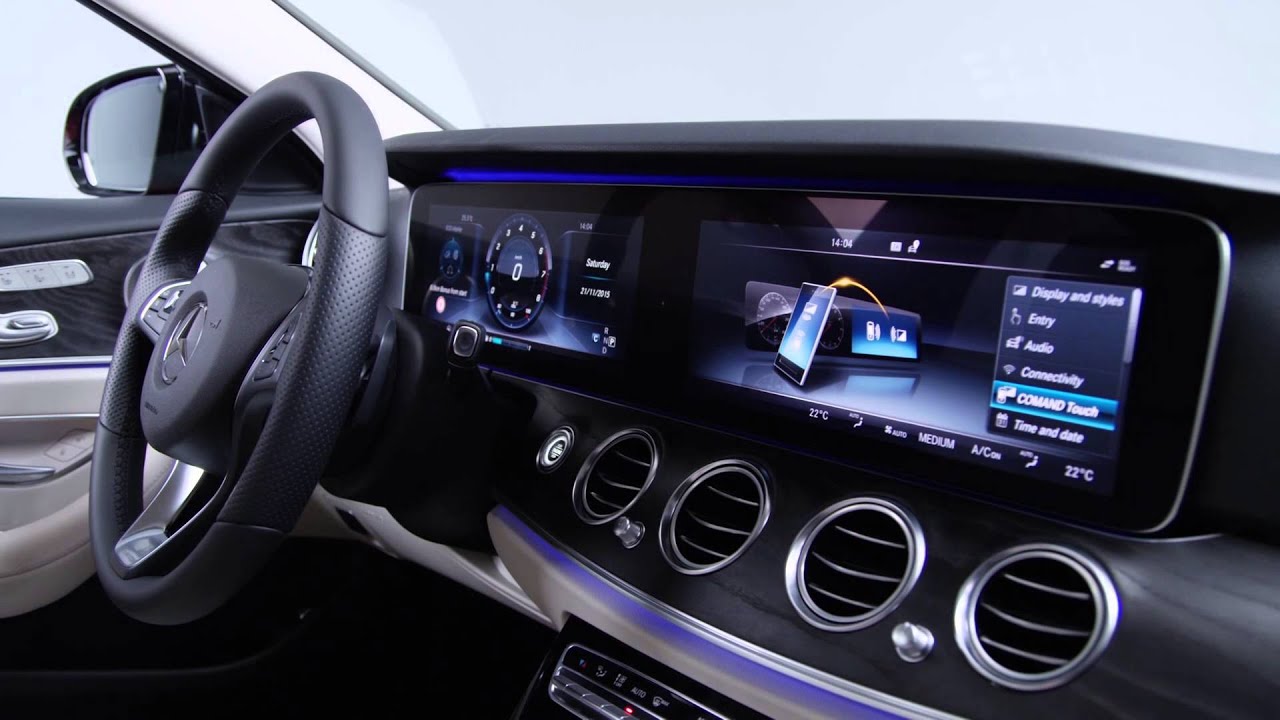 I believe this is an "artist's impression" of a W205 with an S-Class dashboard:: The original photo is below: Which would you prefer?

KillerHERTZ said:
Im yet to hear a single owner with one of these complain.

All the haters are people who have only seen photos of them.
Click to expand...

Bit of a sweeping statement maybe?

While not an owner, I had the previous (2013) C220, on a two year lease, and loved it. At end of lease, I had test drives in the iPad version, as well as a courtesy car, so I did see more than photos. It was still a deal breaker. I chose a Lexus IS hybrid with integrated screen as the replacement.
C

I have to say, I am honestly and genuinely surprised that anyone could hate the feature so much that they didn't buy the car because of it. That is in no way intended as a criticism, just an observation. Maybe it's to do with how cars are changed so often now? I've always kept my cars a long time and always bought my own outright, so it's probably me that's the oddball

While not an owner, I had the previous (2013) C220, on a two year lease, and loved it. At end of lease, I had test drives in the iPad version, as well as a courtesy car, so I did see more than photos. It was still a deal breaker. I chose a Lexus IS hybrid with integrated screen as the replacement.
Click to expand...

4 pages in and I still havent seen anyone who owns one and doesnt like it.

KillerHERTZ said:
4 pages in and I still havent seen anyone who owns one and doesnt like it.
Click to expand...

Surely, if one didn't like it one wouldn't have bought it! Or possibly once purchased one wouldn't admit to not liking it?

whitenemesis said:
Surely, if one didn't like it one wouldn't have bought it! Or possibly once purchased one wouldn't admit to not liking it?
Click to expand...

This is a wide spread topic - been a fair few threads on Pistonheads about this also. However all the people who dislike it, say it looks cheap/crap/nasty arent the people who are actually living with it.

I dont what all the fuss is myself

The floaty screen thing is not a deal breaker for me, I think there are many positive things about the interior of the modern Mercs that outweigh that.

That said, I think a more integrated (or fold away) screen would look nicer and also look better in 5-10 years when technology has moved on.

The problem with very modern techy looking things, whether it's a car interior or something else. If the style of the tech is very in your face, it can also look dated quite quickly. It's not always the way but technology moves so quickly that what looked great ten years ago (often) looks exactly how old it is now.

With tablets and screens moving on with higher resolutions and shinier displays, I can imagine the iPad style display could end up looking like a naff old tablet stuck on the dash in years to come.

Wouldn't stop me owning one anyway though for the sake of the looks or performance.