I just love this car. The owner is a friend and WWII aircraft enthusiast. I believe it's a Hillman?

Hillman Minx :- note the suicide front doors popular at the time. https://en.wikipedia.org/wiki/Hillman_Minx 1937 model going by the position of the sidelights 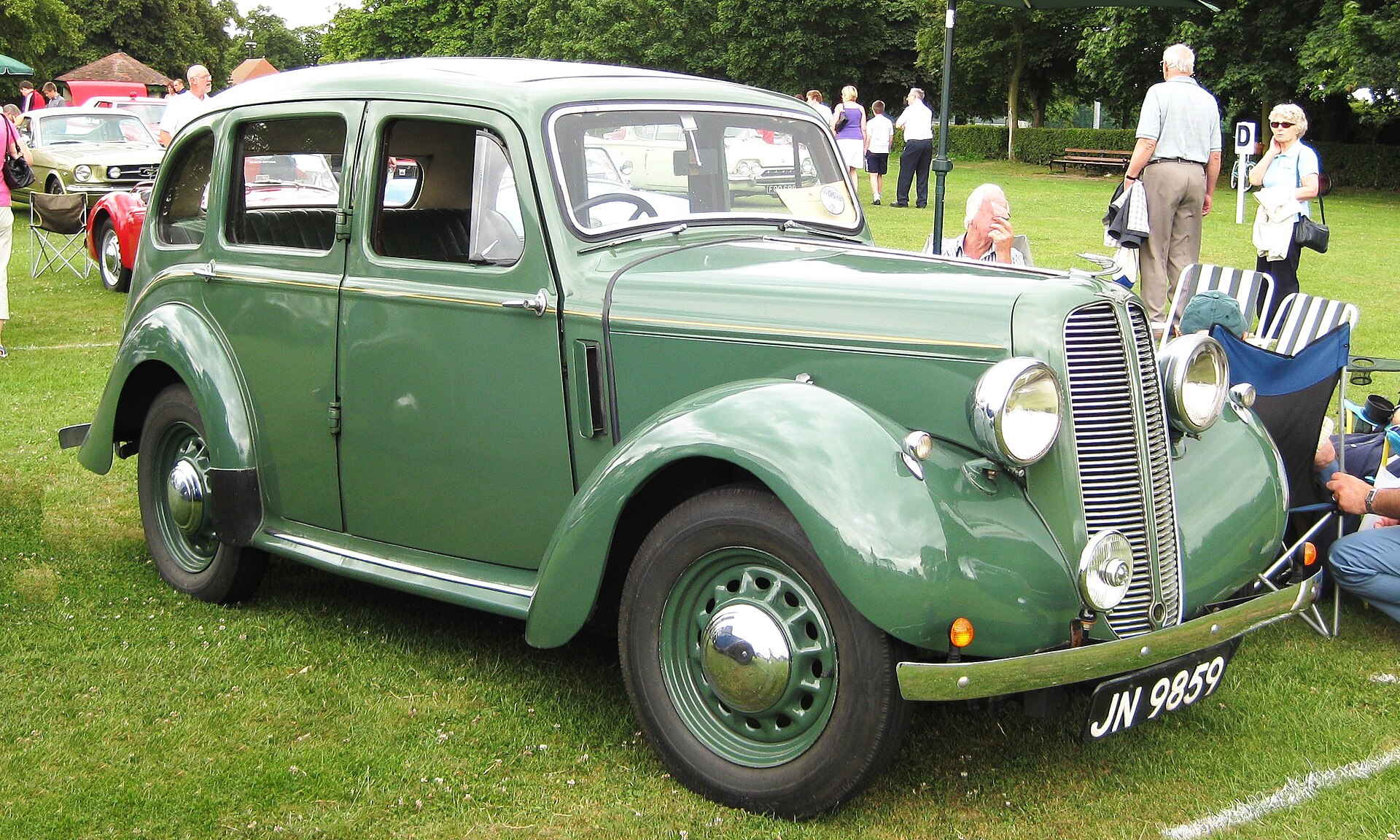 Came via that Wikipedia link which cites MALDON? http://www.maldonmotorshow.co.uk/
I believe they have a popular American section- here's a piccy from 2015 you can tell its this year from the rain!

Some suicide doors are fine. Others you risk your life and limb as the A pillar flexes. A fellow Allard owner had his open on the Autobahn on his way to Techno Classica in Essen. Much easier to get into a difficult car though!

Nice car, I like to see these on the road! Not all classics have to be exotic, and some of the names of that era were seriously good quality (like Rover or Humber inter alia) which rather lost their way later.

Bruce - he ought to take it up to an open day at Bicester Heritage - it's a superb classic car and classic aircraft place at the old RAF Bicester, an old Bomber command base with buildings dating back to the 30s and 40s - it would look perfect there! The portfolio of my Allard sale photos was taken there by Nick Froome of this parish, it's a brilliant backdrop.

View from an old shelter there

Thank you I will pass that on.

We did manage to get to a steam show with classic cars on Sunday .This is my dream car. Triumph Roadster 2000
Last edited: Sep 30, 2015

And another that was made in the USA about 1940 i bet this car could tell a tail or two . Make Hudson Made in Detroit USA
Last edited: Sep 30, 2015

HUDSON----- taken over by AMC around 1954 -----maker the legendary Hornet.
here's a video of Jay Leno taking a restored 4 door back to let its former owner see it.
[YOUTUBE HD]itQLkpIrEjo[/YOUTUBE HD] I wonder what the yellow disc 2 denotes. Same on both cars.

The Shuttleworth one seen from a different angle in link below . BDS on the nearside wing stands for BOMB DISPOSAL SQUAD evidently.
https://shortfinals.wordpress.com/2012/03/31/danger-unexploded-bomb-raf-hillman-minx/

brucemillar said:
I wonder what the yellow disc 2 denotes. Same on both cars.

Sent from my iPhone using MBClub UK
Click to expand...

I think that it's the bridge classification plate (in this case rounded up to 2 tons including load):

Bridge Classification
You must log in or register to reply here.