I've been after something older to play about with for quite some time now, though have struggled to find something that ticked the right boxes for me. I've looked at early British stuff, lots of Yanks, and most things in between. I ended up torn between the 500E and the 190E which I ended up with, the condition of it being the major thing which swayed it for me.

The previous owner bought it 2 years ago and has done less than 600 miles in it as apparently his family decided that it wasn't suitable for their equestrian hobbies, so it got parked up in a dry garage and seldom moved out, just on the occasional sunny day. However, the owner beforehand has maintained it fastidiously from the bits I've seen so far, keeping a massive history folder which I've not even got round to looking at yet.

The bits I've seen so far are new shocks and springs (including the self levelling system), new bottom ball joints and anti roll bar bushes and new pads all round. I've had a good root around under the car and the only rust seems to be around the rear spring perches, though it looks like it's only surface stuff so will hopefully brush out and allow me to get some protection on it.

Only one pic for now as I've been a bit busy, though will up a few more as I clean it up a bit. 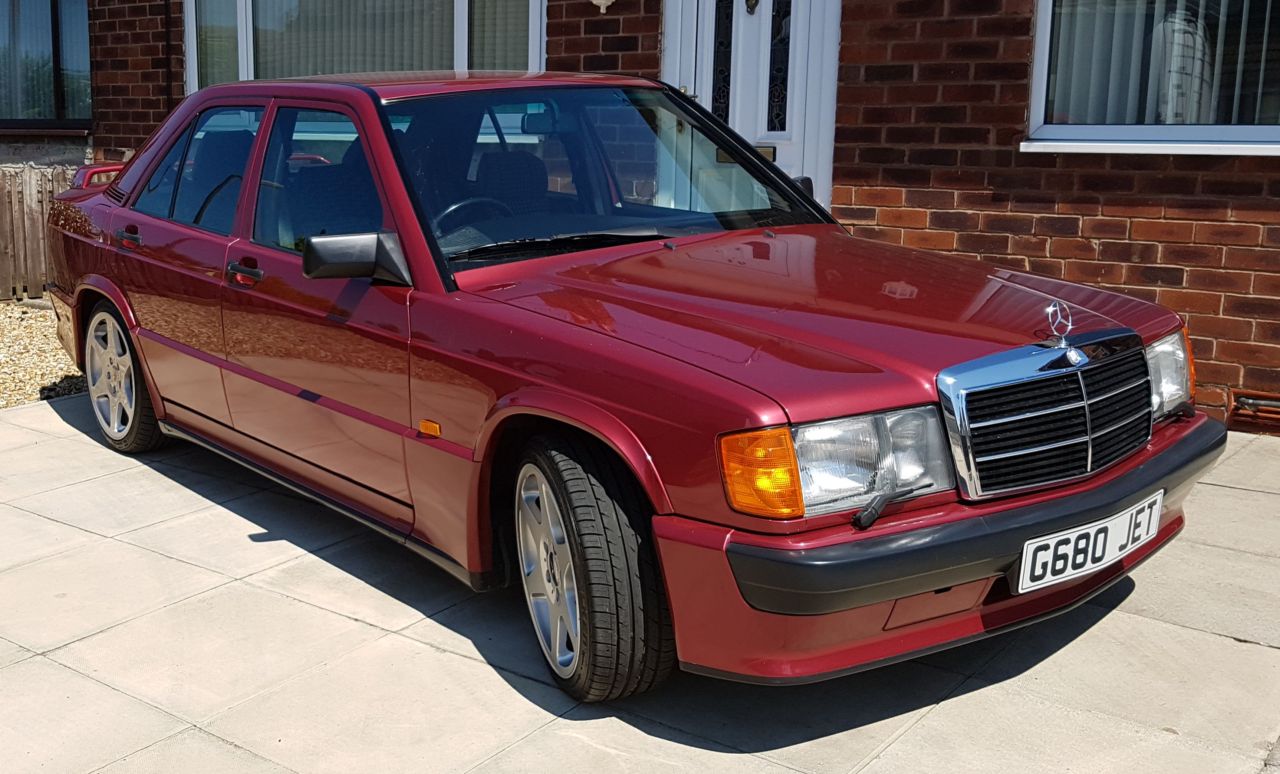 Ah, that was the car of my dreams back in the eighties... never did get one at the time.

That's beautiful. If I had my way I'd have one of them the second car. But my OH loves her Clio. Oh well.

Great car there Dave and one I too wanted in the past (when they were £5k.) Best colour as well.
OP
OP

I've just taxed it after convincing myself I was going to SORN it, just that the weather's too nice to have it parked up all the time.

@oldguy75: I'll hopefully be in it on Sunday's meet at Preston Pete, if I've got it cleaned up in time.

So there were just the 4 colour options?
OP
OP

Nice one Dave, a classic and a great colour!

Congrats Dave, looks like you have got yourself a cracker!

Lovely Dave - just don't take the badges off...
B


Sent from my iPhone using Tapatalk

Just beautiful Dave, well done. Particularly like the alloys...Evos are they?

whitenemesis said:
Nice one Dave, a classic and a great colour!
Click to expand...

You're just saying that

Wow wow wow! very nice, in my Fav colour
You must log in or register to reply here.

D
My heart says yes but my head says no...