Hi all. Just picked up a c250, w204 esate. After coming from an Audi a3 sline diesel im absolutely in love with the Merc.
Quick question looking to update the maps on the sat nav believe i have the ntg4.5, i see people recommend comand online. Just wondering if anybody has used satnavmapupdate.co.uk?

Hello and welcome, I'm sure someone will be along soon that can help.

Firstly, does your car have COMAN Online NTG4.5 with built-in navigation, or the Audio20 unit with the optional Becker Map Pilot navigation module fitted in the glove compartment?

Assuming the former, then the maps data files are a free download from MB, and you can then copy it from your PC to a USB flash drive, and from there upload it to the car using the USB port in the centre armrest. However, when attempting to upload the new maps to the car, you will be prompted for a PIN code. This PIN code needs to be purchased from either an MB dealer or from a specialist such as www.comandonline.co.uk, and once generated it will be unique to your car's VIN, so not transferable to another car.

The latest maps version BTW is 2019-2020 v19.0, released late last year. Unfortunately there's no telling when the next update will be released - historically, MB released maps updated either once a year (around Oct/Nov), or twice a year (i.e. an additional update around Jun). So the next version may be imminent, or only towards the end of the year. If I had to hazard a guess, I would probably say end of the year - simply because as satnav systems get older, MB reduces the update frequency (due to understandably decreasing demand), and NTG4.5/4.7 was last fitted to MB cars around 2015.

Your options are to either purchase the PIN code and do the update yourself (it takes 60 to 90 minutes to upload the maps from the USB flash drive to the COMAND unit in the car), or simply leave the car with the dealer or the specialist and just let them do the whole lot for you. The latter has the advantage that you can also ask them to update the COMAND firmware at the same time, which will update the operating system as well as the navigation software (though not the maps themselves - this is a separate update as per above).

Also, don't be tempted to buy cheap PIN codes off eBay - these are hacks, which will (most likely) work, but these codes are not officially generated by MB's VeDOK system, and so there will be no record of your car being entitled to have the latest maps (should it be serviced by a dealer etc).
Last edited: Jul 21, 2020

On a related note, if your car's date-of-first-registration is in the second half of 2013 (probably between June and Sep, but I am not sure about the precise cut-off dates), and it had COMAND fitted form the factory, then it may also have the KOM Module with the built-in Vodafone 3g simacrd. This will allow your COMAND to receive the TomTom Live Traffic updates, which is much better than the free TMC, but it is a subscription-based service, so to benefit from it you will need to get your car registered online with Mercedes me (after creating an account obviously), and then pay the subscription fee (available for 1, 2, or 3 years).

One other thing.... the COMAND Online unit can connect to the Internet via your mobile phone, but:

(a) There are only two remotely useful 'apps', the Tunein Internet Radio app, and the weather forecast app, so no great loss if you don't use this feature (that said, personally I do like the Internet radio).

(c) The Internet service is occasionally down on the MB side... in fact it was down when I last checked earlier this week....

As for map update, speak to your local Mercedes dealer, I only paid £109 for them to update my comand 4.5 to latest maps. Why pay a third party more for a, possible, inferior job?
OP
OP
T

Wow thats alot of information to take in, thank you markjay. I know it has the coman online. Ive been intouch with command online to make sure im purchasing the correct disc and pin from them. Altho im sure they said the latest for mine from the vin was 2017/2018 maps. In your opinion is it worth having the comand firmware updated as well?

Thompson90 said:
...I know it has the coman online. Ive been intouch with command online to make sure im purchasing the correct disc and pin from them. Altho im sure they said the latest for mine from the vin was 2017/2018 maps...
Click to expand...

Assuming that your car is the white estate with the pano roof in the photo... then this is the latest for your car: 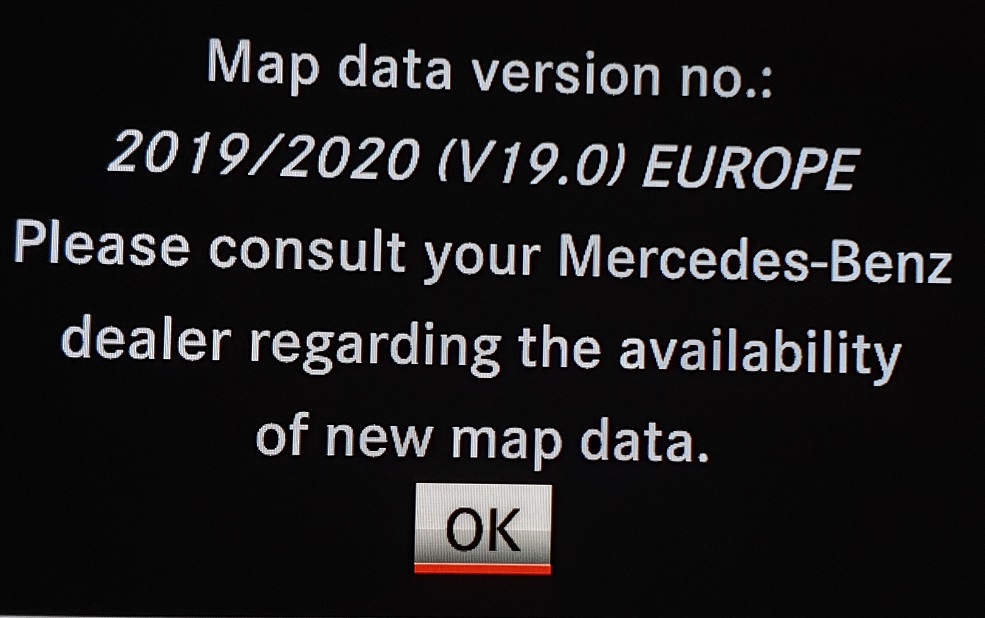 
Thompson90 said:
...In your opinion is it worth having the comand firmware updated as well?
Click to expand...

ToeKnee said:
...As for map update, speak to your local Mercedes dealer, I only paid £109 for them to update my comand 4.5 to latest maps. Why pay a third party more for a, possible, inferior job?...
Click to expand...

The price is a commercial consideration, and the perceived value is a matter of personal preferences.

But I can assure you that you will always get a better job done by richard or Alfie from www.comandonline.co.uk than from any MB dealer...
OP
OP
T

markjay said:
Assuming that your car is the white estate with the pano roof in the photo... then this is the latest for your car:

Yeah that is my car in the picture. Brilliant thank you for your help. Had a reply from command online with a link to this product. However it doesn't say what year the map is for but the picture of the disc case shows 17/18 however not sure if this is just a generic picture.

My understanding is that £199 is their cost for both maps on USB and PIN, and £150 is the cost of PIN only on the premise that you will download the maps yourself. But check also prices with your local dealer.
You must log in or register to reply here.