My car will be soon back from some bodywork (exciting!!) and I was wondering what tips you guys might have for when I get the car back again.

Don’t do anything to the paint for a good few weeks to allow it to sufficiently off-gas/cure. You can wash it but only with wax-free shampoo.

clk320x said:
Don’t do anything to the paint for a good few weeks to allow it to sufficiently off-gas/cure. You can wash it but only with wax-free shampoo.
Click to expand...

This, let it be for a good few weeks! No polishes, compounds or sealants. I wouldn't even wash it (beyond a hose down) if your not driving much due to current circumstances.
OP
OP

Thank you for your responses, which are quite consistent. I'm glad that I asked, as I didn't even think of the paint requiring time to harden, yet your comments prompted memories of reading threads elsewhere that mentioned this.
OP
OP

I popped in today and spoke to the man painting the car. He told me that modern lacquers have sufficient hardener that doesn't require any setting time. 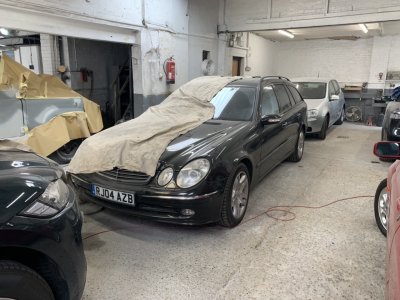 I would still leave it a while before adding any wax/coating. At least 1 month... but that’s just my opinion

clk320x said:
I would still leave it a while before adding any wax/coating. At least 1 month... but that’s just my opinion

They haven't started work on the car yet

bolidemichael said:
They haven't started work on the car yet
Click to expand...

What’s the issue with it? Looks great in the photo. Is it the dreaded corrosion issues?
OP
OP

Some panel creasing due to low speed impact, here around the headlight and there are also scratches.

Additionally, the bumper has been re-sprayed at some point as I believe it may have collided with something at speed, such as a pheasant, and as such is slightly discoloured though one would have to be on their hands and needs to notice.

The front fog light was previously discoloured on that side, having lost its reflection coating so both have been replaced. 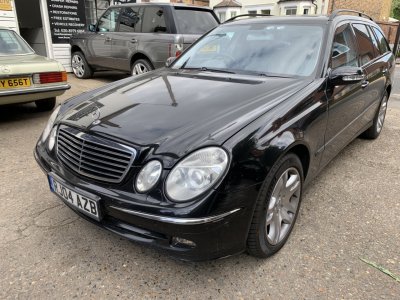 the o/s/r where I reversed and pressed against a ludicrously low and functionless inverse U shaped metal board in a supermarket car park. That made a sickening sound and has damaged the bumper and creased the bodywork. 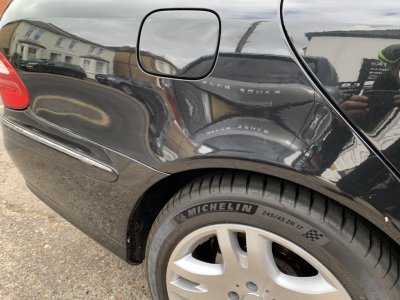 the boot lid needs a tidy mainly because a luton with a tail lift kissed it, but there is a corrosion spot and another dink. 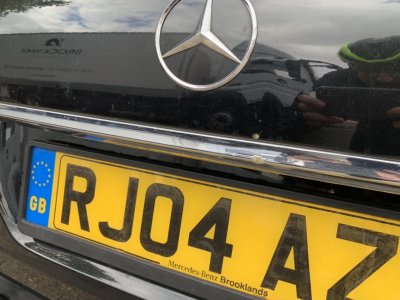 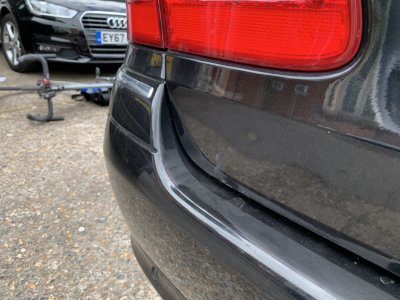 a little dimple in the rear bumper 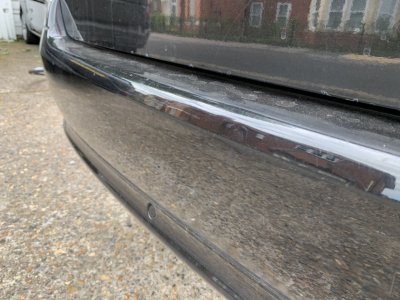 I've asked if they can align the boot lid, which has never sat flush during my ownership. 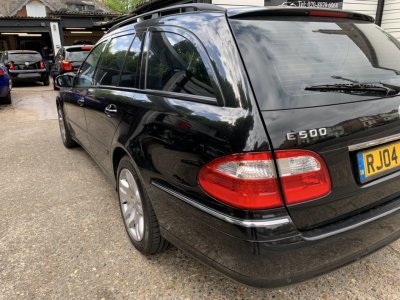 and there is a nasty car park dink on the o/s/r door that I inherited along with a dink in the roof.

There are also myriad stone chips on the front end of the vehicle and door edges, touch ups etc.

New bumper chrome all round too - basically I want to be proud after I've detailed it.
OP
OP

I popped into the bodyshop today to check on progress 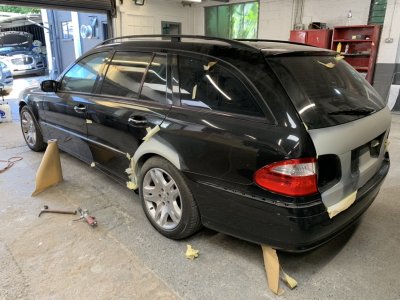 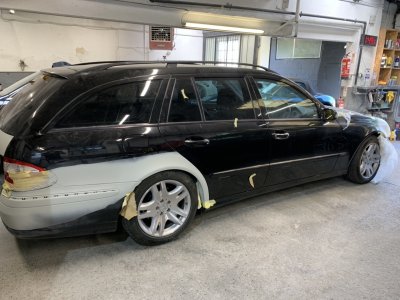 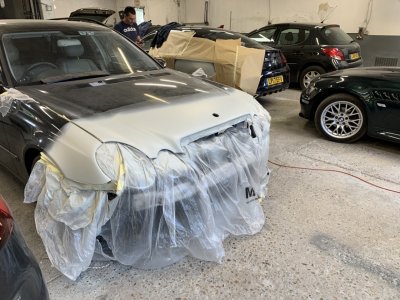 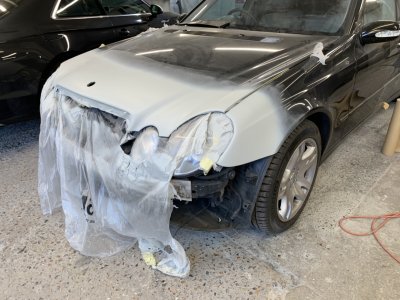 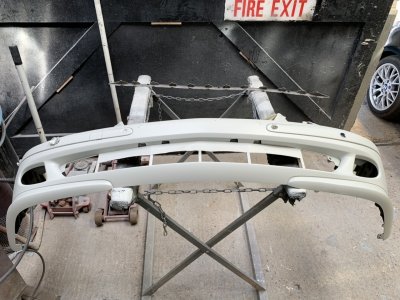 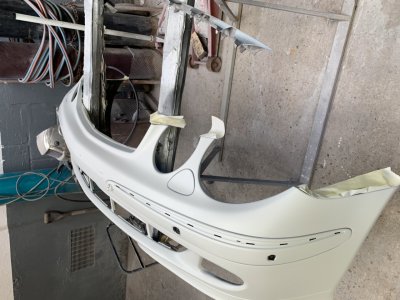 Would you mind sharing the cost of the work? Via PM if you’d prefer? Thanks
OP
OP

Always exciting to get fresh paint, are you getting them to flatten the whole car free from orange peel?

When you are ready to wash & polish it etc. Get some Poorboys black hole polish, and protect it with Poorboys Natty`s Black paste wax, itll look sick..!!
OP
OP

I haven't considered that Sicario, though tbh I haven't noticed an overt orange peel effect.

I'd be interested in Poorboys, why do you recommend this. in particular? I still have my Bilt Hamber range of products to work through and a DA to experiment with...

Apparently poorboys is the law with black paint.

And yeah i noticed you have a lot of orange peel, Mercedes factory finish is very peelie, you get a mirror finish in black by having the orange peel flattened, its scary how different the two finishes are, you tube it and you`ll see.

Just a few days ago i was looking over my nieces 2019 C220 in black, soooooooo much orange peel all over
OP
OP

I see what you mean actually. I'll get a running estimate and then ask them for a cost.

Can I not remove orange peel myself with a DA or it is a job for a pro with a rotary?

Wet sanding my friend, you cant polish out orange peel, what i have discovered is that its 10 times easier to buff out sanding scratches than it is to actually polish out a scratch or swirling/spider-webbing
OP
OP

Okay, well I'll speak with them, but if it is too involved and ramps the cost up I won't bother. I want to be proud of my car, but it's a daily so it'll perish as soon as it leaves the warehouse.

Re polish or waxing..
Most paint systems are now water based, only the clearcoat is solvent, when baked correctly it will gas off much faster than a fully solvent based paint system.. you can polish paint the same day its been painted.. they do this in good bodyshops. solid 2k paint systems require a longer Gas time, as do solvent basecoat with solvent clearcoat.. but with modern day paints most of these are now water based and can be polished immediately...
OP
OP

That seems in line with what little info they gave me
You must log in or register to reply here.