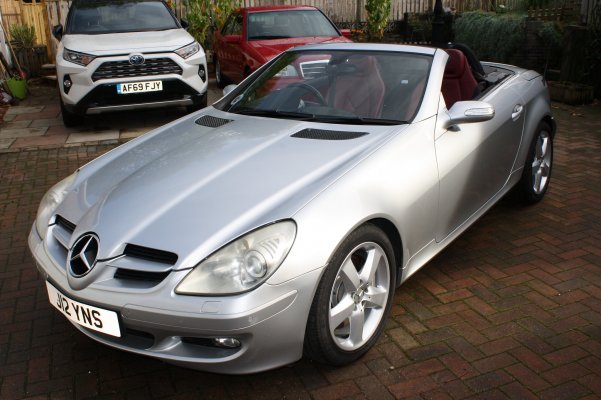 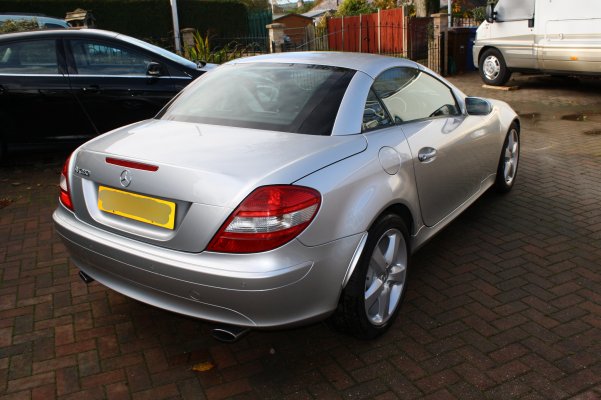 Not an ideal time to advertise, but it’s just not being used; doing less than 500 miles in the last 18 months. We keep telling ourselves that we will use it more and what else could we buy for the money. We have come to realise a 4-seater convertible would make more sense, so the SLK will be replaced by a W209 CLK.

We bought the SLK in December 2016. The previous owner had bought it in early 2014 and following a hip operation a year later stopped using it.

When we bought it, the rear subframe was a bit ropey on one of the brackets, so a replacement was fitted, along with all new links. 2017 the front wings were going in the corners, so we had new ones fitted, at the same time the wheels were refurbished and new Pirelli tyres fitted (less than 3000 miles ago).

New discs and pads all round and new rear calipers in the last 500 miles.

It is very clean, has wanted for nothing. I would have no qualm jumping in and driving it across Europe. It drives brilliantly, outside of AMG, I have never heard a factory exhaust sound so nice.

That’s the good news, now the not so good news. Can’t find the service book, unfortunately it’s the old “lost in a house move” back in 2017. I have had the house upside down, can’t find it. Get me time machine, I know exactly where it was in the old house. Have a wedge of receipts, but no handbook and service book. From memory it was MB initially and then Indie rather than full FMBSH.
The wheels were refurbished by The Wheel Specialist and are starting to react a little, only noticeable up close, but rather mention it than have someone treck half way across the country and be disappointed (images at the bottom)
The dash display occasionally has the pink squiggle, though have not spotted it for a while.


Similar age and miles seem to be in the £4500-£6500, the missing service history is going to hurt me, so £4295. J12YNS plate coming off, will be on a 54 plate (will update the advert when changed so the MOT history can still be checked).
It's a great looking car, goes like stink and sounds great too. 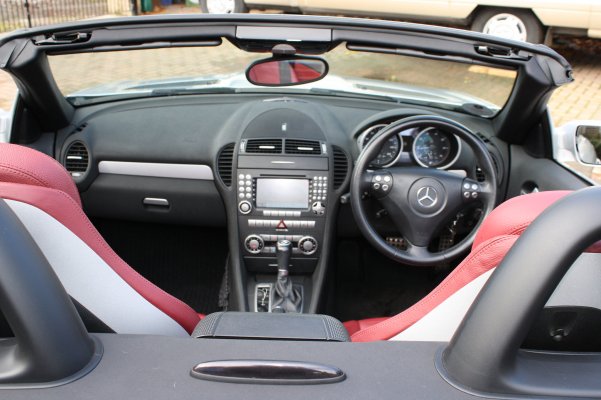 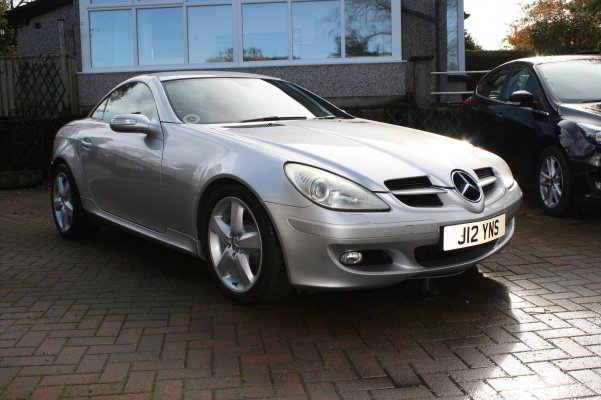 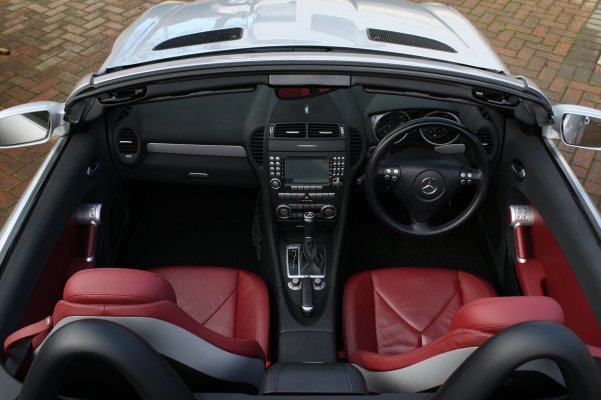 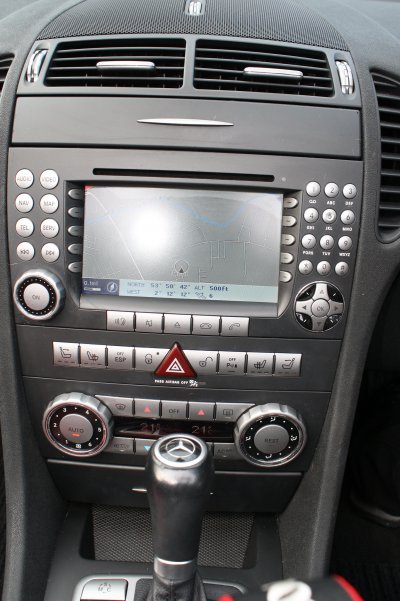 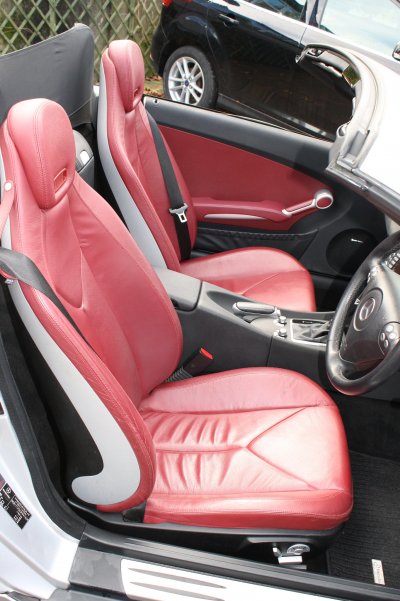 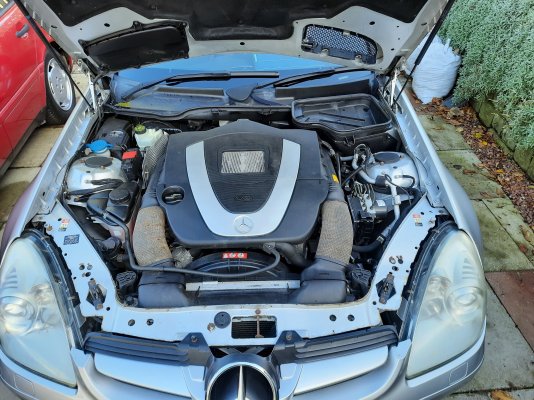 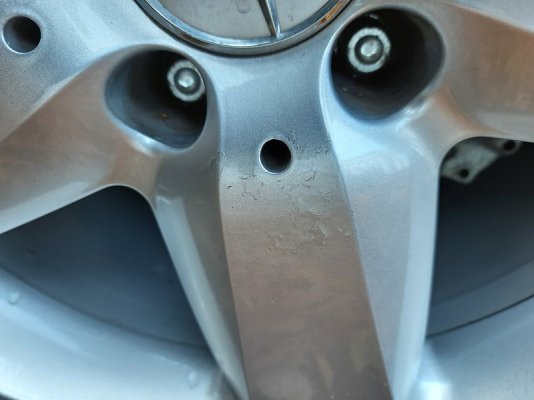 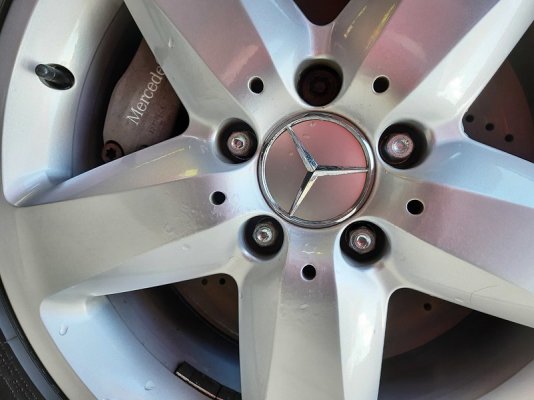 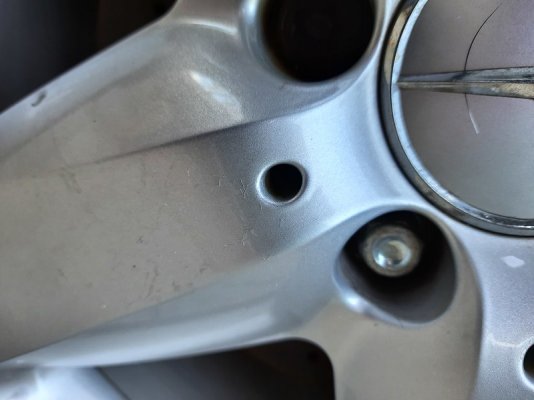 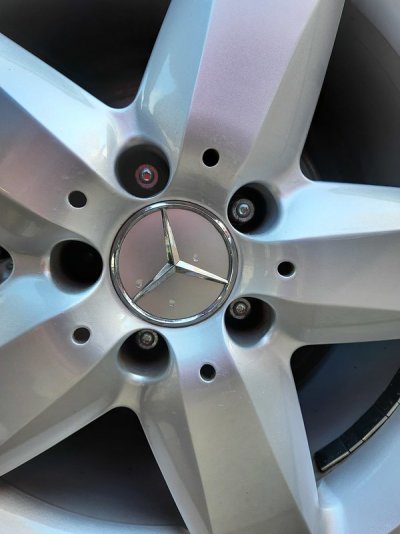 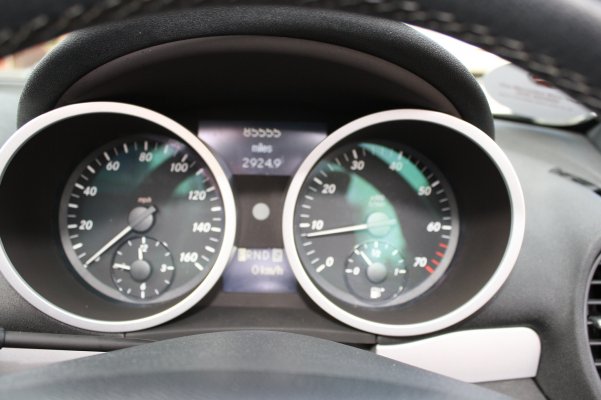 For checking the MOT history, the number plate is now NK54 ULJ
You must log in or register to reply here.