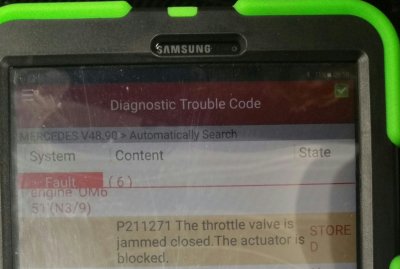 What's this and how to fix ?
OP
OP

Didn't affect driving and no limp mode, so was completely unaware I had this fault code till a random scan . 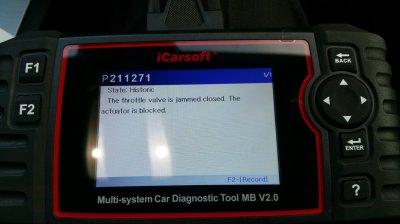 Then it flagged up a few eml's roughly a month apart which I erased with my new iCarsoft .


Absolutely stumped on this now , as it's been twice to the Merc independent once for a software update to cure as throttle body had an actuation test and was OK but Star suggested a correlation issue and a software update fix .

Still the fault persisted and back it went and Star then found the throttle body to be faulty.

New throttle body , a few days of driving and it's back !
OP
OP

I'm tempted for all it's hassle as it doesn't affect the driving just to put up with and occasionally clear this 'unfixable' fault code , but then why should I !
You must log in or register to reply here.