everything else works fine, will post up results of STAR this afternoon.

my bet is on left side antenna module..
R

Are there antennas on both side?
OP
OP

antennae on each door, but apparently a module to control each side

had it on star and it points to the module, will post up details later

I got an all singing and dancing E320 CDi How would I know if it's got keyless on it ?

The ignition keyhole would be covered and the gear shifter would have with a push button on top. The driver's door handle will have a rubber button on it.
W

whitenemesis said:
The ignition keyhole would be covered and the gear shifter would have with a push button on top. The driver's door handle will have a rubber button on it.
Click to expand...

Both of my 211s have/had keyless go and neither had the ignition keyhole covered neither did my 215 either - still had the regular EIS.

Maybe on later models only? 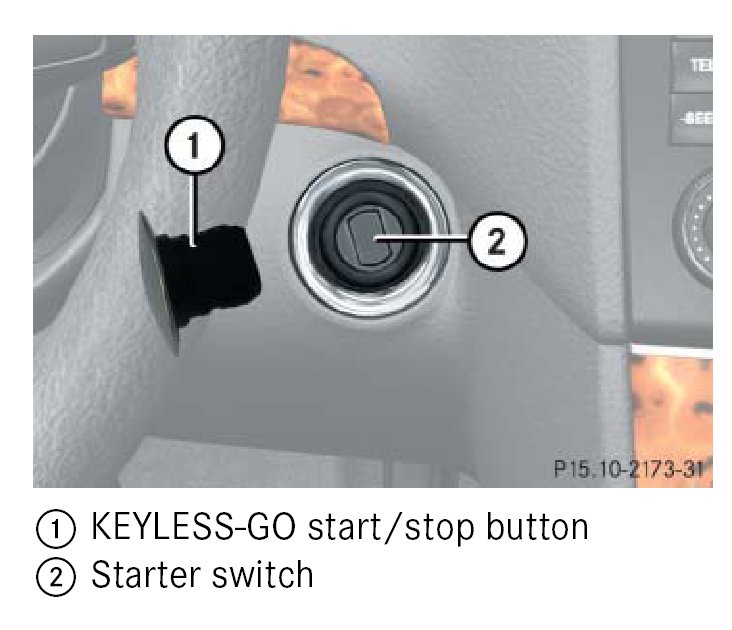 mines not got an ignition cover.

anyway, after clearing the codes on star, now both modules have the error, left and right. star now showing errors on both sides.

will pick up some used modules and will have to find time to pull the door cards off before re-attempting.

i must say its pretty inconvenient using the key fob to lock and unlock all the time. What did we do without keyless!
OP
OP

replacement modules did not fix the problem, originals back in. Antenna modules are the same for left and right and are located in the rear doors. (part number a2118203785)

will lock fine using the boot lock button near the bootlid handle and via the keyfob.

next step is the keyless module in the trunk and to check associated wiring near as this connects to both left and right modules..... will keep updates coming
U

On some versions there is a setup menu that will enable or disable passenger door open/lock when using keyless functions. Have you checked this?
OP
OP

None of the doors open using the handles, wish it was easy as a menu item lol
W

Does it star with the keyless function?
OP
OP

star shows no signal from both antennas and no signals from any door handle.

will pop the boot panel and check the wiring to the main keyless unit in the boot , wondering if any of the wiring is near the hinge wiring., left and right antennas both have a signal wire from the boot unit, seems like the only common component.

An update on this problem on the E55.
Hopefully an expert will pop along soon with some words of wisdom.

The rear Trunk Control Module (A2118203885) is being found OK and the Keyless button on the bootlid works ok.

Fitting the same known working DCM to the Left had side results in no operation at all?

Anyone an expert on these DCM, I'm assuming they are not coded per side and the CAN is expecting one before the other?

I'm thinking maybe you have two faults..right hand side DCM and two left hand side door handles. I know it sounds unlikely but I had three handles go within a week. You can swap right to left to test.

Gbrowncls55 said:
I'm thinking maybe you have two faults..right hand side DCM and two left hand side door handles. I know it sounds unlikely but I had three handles go within a week. You can swap right to left to test.
Click to expand...

Can the handle really effect the DCM on the CAN bus though?

I'd have thought the buttons would just be passive inputs to the DCM.

It's the DCM not being on the CAN bus that has me confused!

The handle thing is a bit of a red herring in this case.
There are a couple of connections for the handle buttons to the Keyless Control Module but these are just passive, don't affect the Keyless module being on the CAN bus.

So I had 2 modules, one worked in the right side and one did not.

None of the the 2 modules worked in the left side at all. 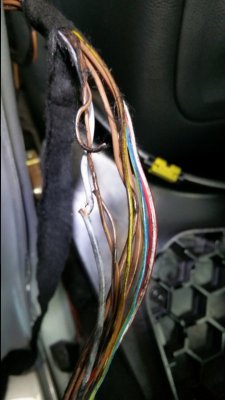 This is the CAN bus link (brown/black) to the left rear door so will be why we can never see the left Keyless module.
The wire is broke, you can see it curled at the top and the other end behind the brown wire.

Stripped the loom back and carried out a repair checking the various wires along the way.

The one known working Keyless module now works in either the left or right rear door.

No luck with the other module, does not work at all in any door.

Just need another module now to confirm then can rebuild everything back up.

Wow, great detective work. Can't imagine how long it would take a dealer to find it...or how much you would have been charged along the way. Hope the new module solves it.
OP
OP

Excellent work Pat, bugged me for a while but ran out of time !

Was a real pain to find but one of those things when you start you want to get to the bottom of it.

Took a day+ but worth it in the end and better than doing real work.
You must log in or register to reply here.