What Have You Done To Your Merc Today?

I effected a very satisfying fix today! I noticed the ambient lighting on the small dash section to the right of the steering wheel wasn’t working. So I made a couple of hooks out of a wire coat hanger and pulled out the section of dash and lo and behold the small plug to the LED was hanging loose. Re-attached it and bingo, lights working! I wonder if it’s had a new handbrake cable at some point and the plug was not re-attached.

Went to the bodyshop to have a rear carbon spoiler fitted.......only it didn't fit!
On the plus side they did fit new wing badges for me.

Washed it and went for a drive. I took this pic as I was walking to the car as I thought it looked nice 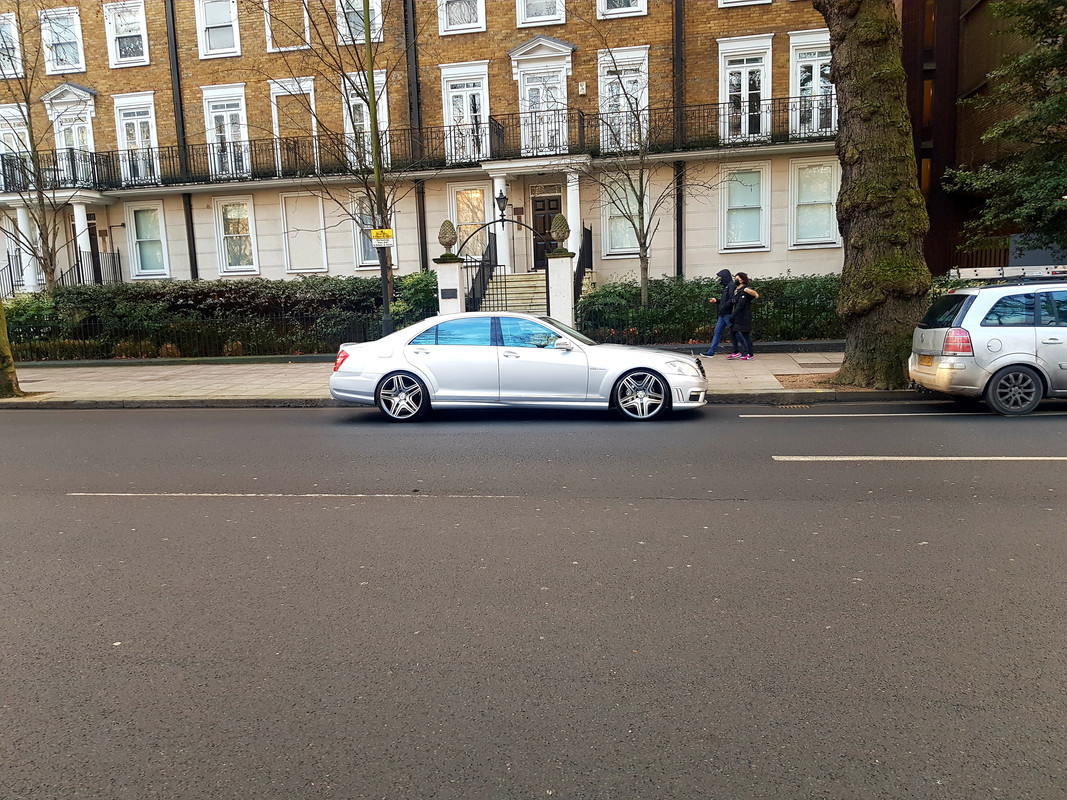 Took it to Tesco's really exciting

Pulled the trigger on a complete brake overhaul. Indy has ordered the parts which are on back order - new AMG sport callipers x 2, new drilled discs, new pads, new dust shields etc etc. Plus it needs a service and MOT. I won’t see much change from £2k inc labour but I love the car and it’s a keeper. Plus I’ve spent very little on it over the last few years bar an annual service. It just needs some tlc due to lack of use and age.

Hoping I can still take the S204 for MoT booked for 11.30 tomorrow. Fingers crossed that as Parliament does not sit until Wednesday I can get a new 12 month ticket as the current one runs out 8th Jan!!

Just loaded the van ready for first day back to work tomorrow.

all genuine Merc so yeah just a bunch of crap really

"Fitted" a new blade to the rear wiper of the S204, following the removal and fitting instructions. 2 small pieces of the plastic securing clip broke while attempting to fit the new blade

New wiper arm required, and having looked at the Youtube "how to remove and refit" video also had to order a puller as chances are the arm is tight on the shaft (car is almost 13 years old, doubt arm has ever been removed!). Interesting variety of prices for the arm - anything from about £15 to over £30! Arm also comes with a blade, so I'll now have a spare in the boot.

Location
over the Rainbow

Drove it first time in over a month, only took the Wife to Tesco’s ,
fortunately we were not stopped by the Police .
Maybe they are concentrating on Asda today .

alzieboy said:
Drove it first time in over a month, only took the Wife to Tesco’s ,
fortunately we were not stopped by the Police .
Maybe they are concentrating on Asda today .

Reckless enjoying ya self!
J

Went out to check the thickness of the ice on the bonnet, far too thick to consider going shopping luv. And breathe!

Took out the auxiliary battery and charged it, had a "Auxiliary Battery Malfunction" warning on the dash yesterday morning.
After a short charge the warning has now gone away, thought that was easy, hope it lasts.

Mate of mine messaged me yesterday following a warning email from his (Kent Highways) boss, seems coppers down here are stopping people out on the road to ask where they're going and why. He's an essential worker (highways lighting engineer) and has the letter to prove it (plus is normally in a Kent Highways vehicle), but good to get the heads up that at long last the police are taking lockdown seriously - not a problem for us, our only outings are church (Irish catholic wife!) and essential supplies (food and wine!!)

I took a great big old one to the McDonalds drive thru to collect breakfast. Sat in a bay, behind a Seat Leon Cupra R parked in a space in front of me.

Our food arrived arrived, so I reversed and pulled away, but matey in the Cupra accelerated hard from rest, in the wrong direction around the car park, and proceeded through the entrance to the car park and away on the wrong side of the road. An impressive display.

By the time I got to the traffic island down the road I had caught him up. It’s one with traffic lights, which leads on to a straight dual carriageway. He pulled away from the lights on the roundabout like a scalded cat, I’m fairly sure his foot was pinned to the floor.

I think the big old bus in his rear view mirror surprised him more than it did me. I have no idea whether he even knew I was there, or that he was holding me up. It was a beautiful dry crisp morning and the roads were empty and clear. Perfect for a brisk drive.

Started the W212 and left it running for an hour.
You must log in or register to reply here.

If you think history is boring read this