Screwdriver said:
The car was delivered to Mark precisely to preemptively address symptomatic issues. Had his workshop been located in the London area (vs. Swansea), the car would never had let him down. I've claimed the cars are extremely reliable but never said that they don't need preventative care. Nice try, but ultimately a futile effort on your part.

See pictures below to decide for yourself but yes, I'd say so. The W123 in question was owned and spec'd by Prime Minister Indira Gandhi. It required attention to bring it back to pristine condition and reverse years of neglect. In hindsight, I would have chosen another supplier had I known what I know today.
Click to expand...

Looks good in the pics bud, although those pics look about 25 years old!

My that is a clean engine bay for an old diesel.
OP
OP

They were taken ~ 3 years ago - you can pick up the magazine issue if interested. Car has only gotten better since
Last edited: Jun 7, 2020
G

Screwdriver said:
Couldn't PM you so here is my experience.

I sent in my W123 for a service in 2016 - he agreed that he would inspect/service/ repair all issues after conferring with me. The budget agreed to was "up to $2000." To be fair, the car's drive shaft had split causing him to breakdown enroute to Swansea.

A few days later, Cosovich calls only to insist that the car cannot be serviced and must be fully restored. He used colorful adjectives and peddled a strong sense of urgency to highlight that just repairing the car would be insufficient. After insisting that he stick to the agreed budget, Mark asks that I have my car recovered from his garage at my cost. He then threatens to charge me for inspection fees if I don't agree to restore the car with him. I should have run at that stage but I didn't.

I'm skipping over some of the gory details here, but after several agonizing calls, he eventually agreed to perform this full restoration for £8500 all inclusive. It was very difficult to lock him into the "all inclusive" term but he eventually conceded. I shudder to think of what would have happened if he hadn't. What he did not know is that I had priced the cost of labour and parts for the same job (minus powder coating etc.) which came up to around £5500. So I justified the added amount to myself because he would be bead blasting, powder coating and fixing a few additional smaller items all while providing a 1 year warranty for his work while he had the car in his care. (My W123 has SLS suspension, for which expertise is rare in the UK).

Fast forward to delivery of the car 6 months later, following completion of the work. I pointed out that the air-conditioning still did not work, the suspension made terrible noises over speed humps and a grinding noise continued to emanate from the rear. Mark grudgingly took it back and replaced the condenser as it was barely hanging on. He then proceeded to assure me that he would address the other suspension/ drivetrain noises in the new year. Mark continued to ask for more time and by this point, his 1 year warranty period had ended. Immediately after this, he highlighted that the car was no longer within warranty and that he would not repair the remaining issues at no cost. When I reminded him that he had assured me he would do this as part of the warranty in writing, he responded that I should be grateful that he did the job I had paid for, and that he had thrown in a lot of extras as part of that.

Frankly, I would have derived some satisfaction from taking him to small causes court over this, but the issues he neglected can be rectified for less than the hassle and cost of a case. I suspect but cannot prove that he may have realized this as well. I'll end by saying 3 things:

3) If you want the same level of expertise for your W123, paired with absolute honesty, I'd strongly recommend Holford Motors in Hornchurch. Paul is an ex-Mercedes tech who trained on the W123 when he was in his 20s. What's more, he's a gem of a person and has rectified all issues for me. Can't praise him enough!

Best of luck and let me know if you have any further questions about any of this!
Click to expand...

Frankly garages of any note should beware of you. You take an absolute heap to him and expect miracles are then are not willing to pay for quality work.

Gustav12 said:
Frankly garages of any note should beware of you. You take an absolute heap to him and expect miracles are then are not willing to pay for quality work.
Click to expand...

Ah Mr Cosovich, we have been expecting you.
G

DRF20000 said:
Ah Mr Cosovich, we have been expecting you.
Click to expand...

I'm not Mr Cosovich any more than you are Phil Daniels.

The problem with iconic Mercedes models of the 80s such as the W123 and R107 is their reputation for being indestructible. Unfortunately while this may well apply to the mechanical components it doesn't apply to their body construction and inevitably with the passage of time major structural rust takes hold. Many second/third-hand cars ended up in Third World countries with arid climates and thus lasted a lot longer than their European counterparts. I would wager that the majority of European W123 models on the road have undergone extensive bodily rebuilds by this time. And if not are due one. 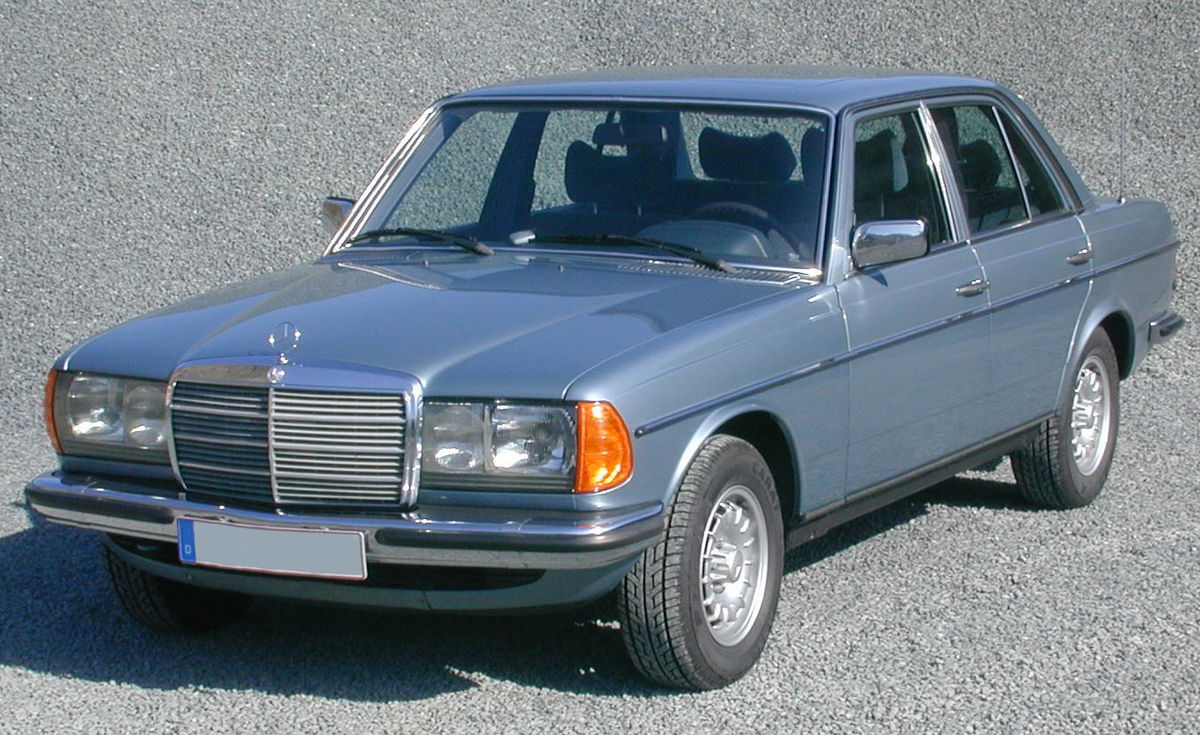 Gustav12 said:
I'm not Mr Cosovich any more than you are Phil Daniels.
Click to expand...

Yet your very first post on the forum is an attempt to insult an existing member.
OP
OP

DRF20000 said:
Yet your very first post on the forum is an attempt to insult an existing member.
Click to expand...

Gustav12 said:
Frankly garages of any note should beware of you. You take an absolute heap to him and expect miracles are then are not willing to pay for quality work.
Click to expand...

I don't take the sharing of negative experiences lightly. Attached are images of my W123 before Mark Cosovich's involvement. No show car but far from "a heap" as you suggest. Clearly, you're either Marksquerading or you've been misled by our favourite conman.

I am currently a patron of Holford Motors and Andy's Autobarn, both owned and operated by ex-Mercedes Benz technicians, unlike Cosovich, and with customer feedback and reputations significantly superior to W123 World (Perfect 5/5 Google Reviews too). Feel free to give either a call to discuss their thoughts on my patronage.

A final point before I leave you to nurse your bottom - I agreed to and paid Cosovich's restoration fees in full on the written condition that the car would be returned in mechanically fully restored condition. Upon receipt of the vehicle, it was clear that Cosovich used substandard, used parts, installed in a manner I can only describe as partly amateurish. Dislodged air-conditioning condenser, creaks and noises from the suspension and rear end etc. The list goes on.

Based on this, I can only suggest that all considering W123 World look to other garage owners who don't rely on Svengali's predatory techniques to gain followings.

Ah yes, 'Toosh'; Mange Tout.
You must log in or register to reply here.

Holford Motors: Finally, an affordable, trustworthy garage for the Classics :)